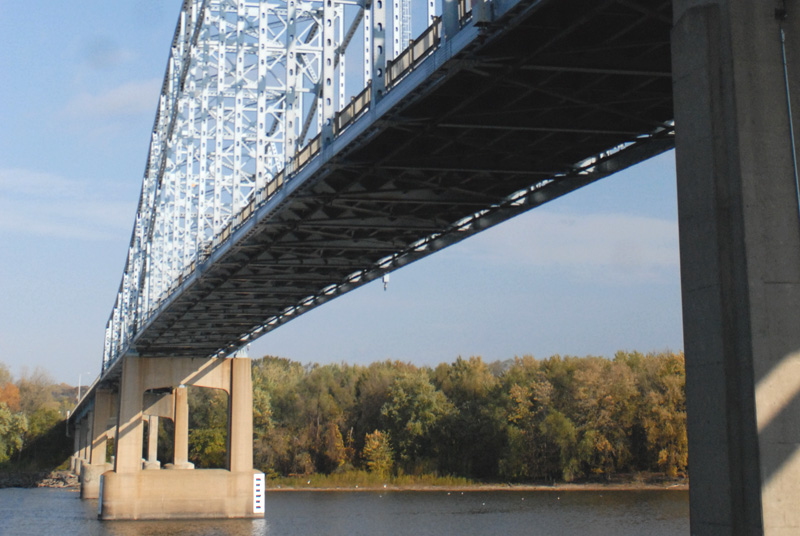 Issues: The bridge is functionally obsolete. It was built with standards that don’t meet today’s federal requirements for a new bridge. The road is not wide enough, and vertical clearance for vehicles isn’t high enough. There is some section loss in non-critical areas, meaning the steel in certain areas has corroded and worn thin over time. The sidewalk is narrow and unprotected. The Hastings bridge was one of 25 bridges with a design similar to the I-35W bridge. As a result, bracing was added to some of the bridge’s gusset plates this summer.

Detour: No detour. The new bridge will be built parallel to the existing structure so traffic can be maintained.

New bridge: The new bridge will include bike and walking paths and four lanes of traffic. There are four design options under consideration:

2. Arch bridge: An arch bridge up-river from the current bridge; would look similar to the existing structure.