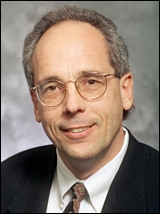 Statement about running for governor: Haas announced he will run for governor, saying: “People are fed up with the way campaigns have been run in the past. I have never attacked my opponent nor will I. That reflects back on my integrity.”  — Star Tribune, June, 10, 2009

Key issues and priorities: While a state representative, Haas supported small businesses’ efforts to reduce health care costs, opposed the Northstar line and was involved in casino and fishing and wildlife legislation.