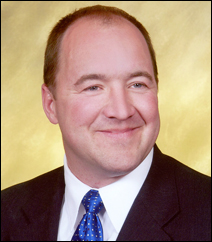 Statements about running for governor: Koering announces that he’s dropping out of the race for governor because, he says, Republican Party activists will not support him because he’s gay. “The reading from potential delegates is that they could not get past the fact I’m gay,’’ Koering said in an interview. – MinnPost, Aug. 12, 2009

Koering said he is forming a committee to explore a gubernatorial bid, adding: “I think an outstate rural guy would really have some appeal to the [Republican Party] delegates.” — St. Cloud Times, June 5, 2009

Key issues and priorities: According to his biography, Koering describes himself not as an ultra-conservative or an ultra-liberal but a “realist.”

Political experience: Before joining the Senate, he served on the board of directors of the Minnesota Farm Bureau.