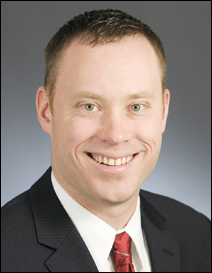 Statement about running for governor: “I am announcing today that I am suspending my campaign for Governor. Although this is a difficult decision, I am pleased with the impact I was able to have on the race over the past few months.” — Statement to the press, October 29, 2009

Key issues and priorities: When he announced his run for governor, Kohls said his focus would be on fiscal responsibility in government. His work in the state House’s finance and taxes committees, he said, has shown a commitment to limited government and balancing the budget.