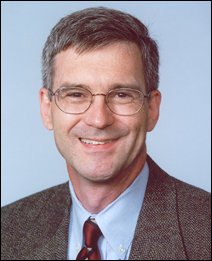 Statement about running for governor: Sen. David Hann announced July 16 that he was formally entering the governor’s race. In his statement, he said:

“Over the past month while exploring the possibilities of a campaign for governor, I have been encouraged to run. I am ready for that challenge. Minnesota faces significant obstacles including the economy, education, and health care. We need to find solutions to these problems that are fiscally responsible; money and good intentions aren’t enough.

“With my experience in the business world, as a parent, and lifelong resident of Minnesota, I want to see Minnesota become known not just as the Land of 10,000 Lakes but to become the land of unlimited opportunity.”

Occupation: Business process consultant, president of Parents for Accountable Schools, Board of Directors at the Hiawatha Leadership Academy

Key issues and priorities: Hann favors public school reform, advocating a stronger role for parents and local communities and “decentralizing the decision-making process within the larger educational system.” He has also opposed some environmental legislation and state gambling laws.

Political experience: Before joining the state Senate, Hann was clerk and treasurer for the Eden Prairie School Board

Hann on his amendment to close the state lottery

Hann in a moneyless poker game to test gambling laws