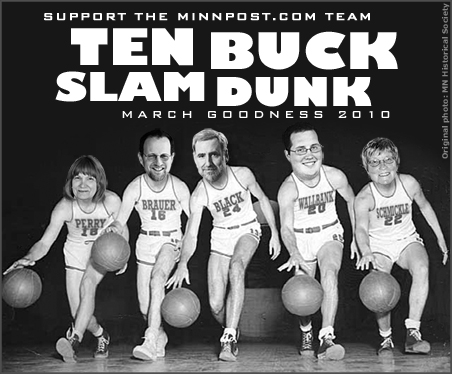 Boosted by a surge of dozens of donors on the final day, MinnPost has won the Midwest Region of Razoo’s national philanthropy contest, March Goodness. As a result we’ve won $1,250 from Razoo, and a chance to move on and compete in the Final Four for the $10,000 grand prize.

The Final Four phase of the contest runs Friday, April 2, to Tuesday, April 6. We will announce the rules and post our Final Four contest page by tomorrow.

MinnPost ended the regional competition with 181 donations. See the results of the first round here. Our sincere thanks to everyone who contributed.