During the roast in November of Don Shelby, which poked gentle fun at the local broadcasting legend upon his retirement from WCCO, I told Don that I hoped he would now write for MinnPost. He said he needed some time to sort through his options and plans, so I waited.

A few weeks ago, Don called and said he had decided that he wanted a writing platform and MinnPost was his choice, if we wanted him. We did, and today we proudly introduce Don Shelby as the newest member of our outstanding team of journalists reporting and analyzing the news for people who care about Minnesota. 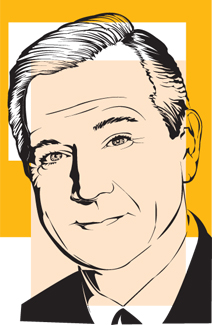 “Choosing to write for MinnPost was easy for me,” Don said. “The audience of MinnPost is serious about news and wants to read reporters who find facts. I’m honored to be working alongside some of the best journalists ever to practice the craft in our community. And, perhaps most important, I will get to cover stories that are important, not simply popular.”

Don will write about many subjects, but as he describes in his first piece today, he has a special interest in scientific issues, including ecology and environment. Like others at MinnPost, his posts will mix reporting, analysis and commentary by an experienced professional, who knows what’s happening and what it means. Don’s pieces will appear on MinnPost most Tuesdays.

Before retiring in 2010, Don worked for 32 years as anchor, investigative reporter and environmental correspondent for WCCO-TV. He also worked for 10 years as a radio personality for WCCO-AM.  He has captured many national and international journalism awards, including twice winning a Peabody, the nation’s top broadcast news prize.

Don reported from the scene of the Exxon Valdez oil spill and the terrorist attack in Oklahoma City, and he has covered stories in Romania, Egypt, Iraq, Venezuela, Australia and the Arctic Circle. He is a member of the Climate Science Rapid Response Team roundtable, serves on the boards of Minnesota GreenStar and the Minnesota Center for Environmental Advocacy, and is the capital campaign chair for the Washburn Center for Children. He can be reached at dshelby [at] minnpost [dot] com.

We’re thrilled to welcome Don Shelby to the MinnPost team.