In Earth Journal, Ron will clarify environmental issues in the news, lend proportion and perspective to competing claims, and engage MinnPost readers in exploring subjects that lie beyond the headlines — with a special emphasis on the people, businesses and organizations that are finding solutions to environmental problems. We are delighted to welcome Ron to the MinnPost team.

“And I am delighted to be returning to journalism at MinnPost,” Ron says. “I’ll be writing about the subjects that matter most to me, in collaboration with longtime colleagues I treasure, and for a loyal readership that clearly values substance.” 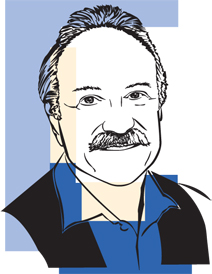 Ron comes to MinnPost with authoritative credentials in journalism — and environment writing in particular. During his 25-year stint at the Star Tribune his work included supervision of the paper’s investigative projects and of the Washington Bureau — and in his last decade at the Strib he wrote editorials and columns with environment, energy and science subjects as his major concentration. After leaving the paper in 2007 he became executive director of Friends of the Boundary Waters Wilderness and later worked at Fresh Energy, where he founded Midwest Energy News, a daily guide to news and comment on energy issues of regional importance.

Ron’s writing is elegant, fair-minded and solidly reported. His awards include the national Wilderness Society’s Aldo Leopold Award for Editorial Writing, in 2000, and the Frank Premack Public Affairs Journalism Award for editorials, in 2006.

Ron can be reached at rmeador[at]minnpost[dot]com.