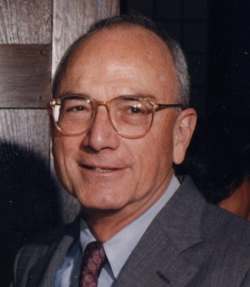 John Cowles Jr., who died Saturday evening at 82, was a civic leader and philanthropist — involved in the creation of the Guthrie Theater, the Metrodome, the Sculpture Garden and the Cowles Center for Dance and the Performing Arts, among other Minneapolis landmarks.

On a much smaller scale, but close to my heart, he was there at the founding of MinnPost – as a major donor, an adviser and, briefly, as a member of our startup board of directors.

I remember when I called John in mid-2007 and asked him to join a handful of others as founding donors. I knew there would be a hundred questions, because John always took his role as a philanthropist seriously, and there were.

He wanted to discuss, for example, how creating MinnPost would affect the Star Tribune, whose future he still cared deeply about even though he and his family had sold it years ago. He also wanted to understand our business model, so he could assess our chance of success.

In the end, he and his wife, Sage, decided to make a major financial contribution, becoming one of MinnPost’s four founding donor families. I think that they were convinced in part by the enthusiasm of the very persuasive Lee Lynch, MinnPost’s board chair. In fact, I first met Lee at Cowles Media board retreats, when his wife, Terry Saario, served on the Cowles board. Last night, Lee said, “Terry and I are very sad. A good friend. Amazing dedication to a better city and State.”

John also agreed to serve on MinnPost’s startup board of directors. He was always reserved, but he spoke forcefully at our board meetings, always from the perspective of the whole community, not just our enterprise. He firmly advised me to try to improve relations with Minnesota Public Radio, because he did not want to create divisions within the philanthropic community. (It took a while, but we have finally made progress toward the more positive relationship he hoped for.)  And he urged strong coverage of the arts, which he felt were being neglected as the fortunes of newspapers declined.

After a few meetings, however, John said he was past the stage of life where he wanted to sit on boards, and he became emeritus. But every time Lee and I saw him since, he asked how we were doing and relished our progress. When he spoke at an event celebrating the groundbreaking for the Cowles Center for Dance and the Performing Arts, he told the crowd that there were a number of innovative nonprofits in town that he was proud of, and he named about 10, including MinnPost.

I first met John Cowles Jr. more than 30 years ago, when I became editor of the Buffalo Courier-Express, which was owned by what was then known as the Star Tribune Co., before it changed its name to Cowles Media. My only powerful memory of him during that era was when the company shut down the Buffalo paper because of large financial losses. John decided to appear personally in Buffalo to announce the decision to the more than 1,000 employees who were losing their jobs. I remember how sad he looked, but how courageously and patiently he answered questions from equally sad, and sometimes angry, employees. 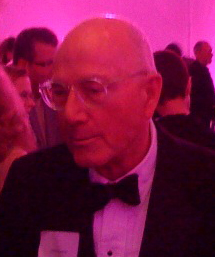 MinnPost photo by Joel KramerJohn Cowles Jr. at the 2011 ground-
breaking of the Cowles Center

Cowles followed his father as head of the Star and Tribune newspapers and, during the ’60s and ’70s, was a force for progressive, cosmopolitan journalism and beneficent family ownership. By the time I arrived at the Star Tribune as editor in 1983, John was no longer involved in running the business or even in board oversight, though he remained the largest shareholder in the closely held family company.

About once a year, he would invite me to lunch. He would ask how things were going at the Star Tribune, and where I was thinking about taking the journalism in the future, and he would express his enthusiasm for the news coverage. But not once in all those years did he even hint at trying to influence any news decisions.

We also talked about a wide range of other things he cared about, including national and regional politics, downtown development, the arts, women’s sports, agricultural economics and aerobics. I so looked forward to those lunches.

In every encounter we had over the last three decades, I found John Cowles Jr. thoughtful, provocative, courageous, humble and ethical. Who could ask for more from a colleague, friend and fellow citizen?

John Cowles Jr. was there at the founding of MinnPost