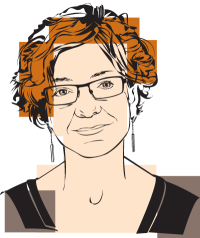 Beginning today, Steven Dornfeld is handing over to Marlys Harris the reporting and writing duties of our Cityscape blog.

Steve is taking on a new assignment: producing several stories a month examining important public policy issues on a range of topics from taxes to transit.

MinnPost readers are already familiar with Marlys’ work. She covered the Legislature for us this session, producing lively reports on the quarrels over the Vikings stadium and other issues. If a new stadium does get approved, she will continue to follow stadium developments as part of her coverage in Cityscape.

But she will be writing about a lot more, of course. Marlys has a master’s degree in urban planning from Hunter College Graduate School of the City University of New York, and we intend to take advantage of her background. Marlys will be reporting and writing about the joys and challenges of living in an urban area, a subject she knows something about having grown up in the Twin Cites before moving to New York City.

“What I’ve learned from living in towns ranging from Sumpango, Guatemala to New York is that cities, large and small, are no less complicated and fascinating than the human body,” Marlys says. “Each has its strengths and failings, and sometimes fixing one problem can make something else go kablooey.”

Like other MinnPost reporters, Marlys is an experienced journalist. She’s traveled to many big urban centers in the United States and elsewhere, often on assignment for major news organizations. She has worked for Money, Consumer Reports, Working Women and CBS Moneywatch.com. People, Woman’s Day, Fortune, Bloomberg’s Personal, Rebook and others have also published her work.