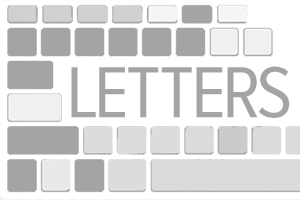 Want to share your views with MinnPost readers? We’re offering another way to do it.

Since MinnPost’s launch 5½ years ago, readers have posted comments at the end of stories, creating conversations of their own. But one thing has been missing: a way to express a quick opinion on issues that don’t happen to be the subject of a MinnPost story, or to go beyond just commenting on a story. Readers could submit a 700-word essay for our Community Voices feature, but not a shorter, less formal letter.

(Interestingly enough, some readers have sent “letters to the editor” to MinnPost anyway, via email to various staff members. Unfortunately, those missives ended up in the great Internet ether.)

Starting today, letters submitted on our newly created online form will be contenders for publication.

If you’d like to submit a letter, simply fill out the form, and it’ll land in our submissions queue. Editors will choose letters for publication, edit them (yes, these aren’t “comments,” but letters corrected for spelling, clarity, libel and the like) and publish them in MinnPost.

One caveat: The MinnPost online form is the only way to submit your letters; we won’t be accepting emails, faxes or paper submissions.

How will letters be chosen? We’re looking for original letters on topics of current, general interest to MinnPost readers, expressed in 300 words or less (yes, the form will tell you how you’re doing on the word count). As MinnPost commenters know, civility and a lack of name-calling help.