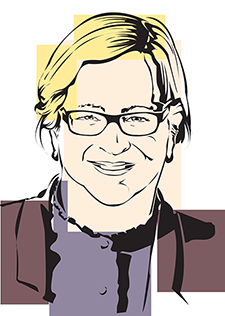 Judy replaces Marlys Harris, one of our most popular writers, who will be moving on to another important assignment: covering state and local politics. Early on, Marlys will be joining Karen Boros in covering the Minneapolis mayoral race and other city elections and the subsequent transition of the new mayor.

Judy is a talented journalist with impressive credentials, and we’re delighted she’s agreed to report on urban issues for MinnPost. Marlys’ creative and impressive work on Cityscape during the past year and a half has provided a steady stream ideas and information for those of us interested in urban issues—from transit to architecture in the metro area—and Judy will continue that high-quality and thoughtful coverage.

Before joining MinnPost, Judy was USA TODAY’s Chicago bureau chief, so she knows a lot about life in a big Midwest urban area. Before that position, Judy was the newspaper’s White House correspondent, presidential campaign reporter and a general assignment reporter based in Washington, D.C. She has reported on five presidential campaigns and covered three presidents: George H.W. Bush, Bill Clinton, George W. Bush.

Her work with USA TODAY required extensive overseas travel, including trips to cover the first Iraq war, the London subway bombings, U.S. intervention in Somalia and the unraveling of the Soviet Union.

All this reporting has meant Judy has visited many of the world’s biggest and most important cities, seeing first-hand the successes and failures, challenges and achievements of these great urban areas. (She says her very favorite place on the planet is Venice.) But here’s one of my favorite facts from her resume: She’s a native Minnesotan, growing up in Austin, Minn.