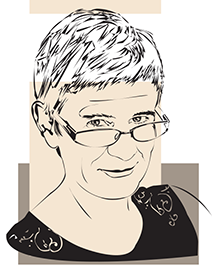 When MinnPost launched on Nov. 8, 2007, our primary mission was to fill gaps in serious news and analysis caused by declining resources in mainstream media.

Today, with the help of both small and large donors from all over Minnesota, we begin to tackle the gap in thoughtful coverage of mental health and addiction issues.

These issues affect a huge number of Minnesota families, yet they are too often ignored by the media until tragedy strikes. MinnPost’s beat will be very broad, covering personal stories as well as policy issues related to mental health, addiction and the complex relationship between the two.

Our beat writer is Sarah T. Williams, a longtime Twin Cities journalist who spent many years as a reporter and editor for the Star Tribune and later worked in communications for Planned Parenthood and then Hazelden Foundation. She will write twice a week.

We appreciate the major donors listed here, as well as the department sponsorship of People Incorporated. We note that, as always, MinnPost sponsors have no input into editorial decision-making.

We also appreciate more than 100 smaller donors who contributed $10 to $500. Many of these donors gave us permission to publish comments about why they decided to help fund this beat. Their comments were published throughout the funding drive and can be read here:

Additional donations are always welcome and will support the continuation of this beat. Donors will be listed in MinnPost’s 2013 Year End Report, along with the names of individuals being honored or remembered.

Thank you to everyone who is helping us create an open discussion and a rational community dialogue. In the words of Don Shelby, mental health and addiction challenges “should be a secret no more.”