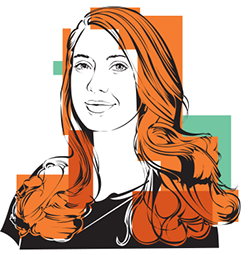 Briana Bierschbach, a talented journalist who has covered Minnesota politics for the past three years, is joining MinnPost as a staff reporter.

Briana will report on public affairs, higher education, politics and other important topics and issues in the news. (Check out her first MinnPost story here.)

Briana got her start in journalism covering city government and transportation for the Minnesota Daily, the University of Minnesota’s award-winning campus newspaper. While at the Daily, she exposed a Minneapolis City Council candidate for fabricating the candidate’s personal history and political resume, and wrote breaking news on the development of the Central Corridor Light Rail Line and the contentious U.S. Senate recount between Norm Coleman and Al Franken.

After college she covered the 2010 Minnesota legislative session for the Associated Press before joining Politics in Minnesota as a staff reporter, reporting on the financial woes of Minnesota’s Republican Party, the push for a new Vikings stadium and the state’s two-year saga over allowing gay couples to wed. Briana has also reported for the St. Paul Pioneer Press, the Minneapolis/St. Paul Business Journal and Minnesota Premier Publications.

She can be reached at bbierschbach@minnpost.com.