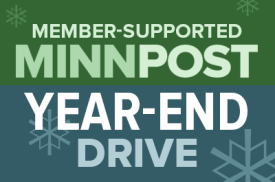 If you made a gift to MinnPost in 2013, you have our sincere thanks.

If you’re still thinking about a new or additional gift, please note that our 2013 Year End Campaign continues through tomorrow — Wednesday, January 8.

All gifts received here by 11:59 pm on Jan. 8 will be listed in our 2013 Year End Report. We will combine 2013 donations and acknowledge donors in the appropriate category. We’ll also email a draft of the list within the next few weeks so you can check your records before we post the final version in late January.

A few other notes as we start the new year:

Your contributions make MinnPost possible. Thanks!