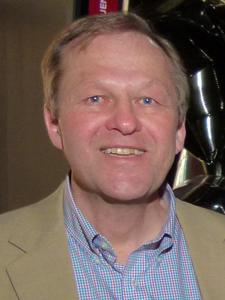 Roger Buoen, who has led MinnPost’s news coverage since its inception, will be retiring soon as executive editor.

He will continue at MinnPost in a more limited role, details to be worked out. I’ve promised that the new role will not interfere with the time he wants to devote to grandparenting, golf, and woodworking.

Roger’s retirement is a huge loss to MinnPost. A former deputy managing editor of the Star Tribune, Roger worked with me to develop the vision of what MinnPost’s journalism would be, and then provided outstanding leadership for six-plus years to fulfill that vision. Working with outstanding editors and writers, he has made them even better, while always being a pleasure to work with.

I asked Roger to reflect on his time at MinnPost. His thoughts:

My work at MinnPost gave me insights into the potential of online journalism.

Among the most exciting experiences were in the early days, working closely with Joel Kramer and a small group of journalists trying to imagine and then create from scratch a news website for already well-informed news junkies who wanted more than they were getting from well-established and larger local news organizations. We had no office space back in the summer of 2007, meeting instead in coffee shops, going over coverage concepts and trying to persuade other journalists to join the party (it wasn’t that difficult).

Then, over the years, I’ve had an opportunity to be a part of so much terrific journalism. It’s hard to pick favorites, but if I had to make a choice there are two reporting projects that stand out. They were challenging and satisfying to work on and are excellent examples of efforts that met MinnPost’s mission: first-rate journalism that combines original, in-depth reporting with intelligent and honest analysis.

The first was a five-part series of articles we ran in 2008 that documented how, 36 years after a federal judge ordered Minneapolis schools to begin busing to achieve racial balance, metro schools are more segregated than ever. The series, by Beth Hawkins and Cynthia Boyd, described the development, analyzed why it happened and illustrated the consequences with real-life examples — very strong reporting that produced a strong reaction and discussion by readers (another MinnPost goal).

The other project was a collection of provocative articles by Eric Black that examined with a clear eye the U.S. Constitution, busting some of the sacred beliefs we have about the document — but  refuse to acknowledge — and explaining how the shortcomings of our constitutional system are to blame for many of the frustrations people have with government today. If you care about politics and government, but haven’t read Eric’s “Imperfect Union: The Constitutional Roots of the Mess We’re In,” check it out. It changed my view of our system of government.

Finally, in any job, there are benefits beyond doing the work at hand. For me, the best part of my MinnPost work was that it allowed me to get to know many good and talented people I would otherwise never have met.

With Roger’s departure, MinnPost will be looking for an executive editor. You can read more about that opportunity here.

Roger Buoen is retiring as executive editor of MinnPost