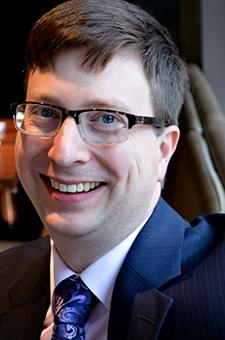 I’m proud to announce that MinnPost has named its first publisher, Andrew Wallmeyer, a journalist who got an MBA and now is a senior associate at the strategic consulting firm McKinsey & Co.

Andy will oversee the business side of MinnPost, reporting to me.

Andy emerged from an extensive search that produced a strong pool of applicants. Laurie and I and members of the MinnPost board involved in the search were impressed by his strategic thinking, communication skills, and dedication to figuring out how to make high-quality, nonprofit regional journalism sustainable.

“As someone who loves both great reporting and my Minnesota home, I could not be more excited to join MinnPost and help the organization prosper and continue to blaze new trails in nonprofit journalism,” he said earlier this week. “This is my dream job.”

Andy is a 2002 graduate of the University of Wisconsin–Madison, where he was editor in chief of The Daily Cardinal, leading a staff of 200, and president of the Wisconsin Union, managing 300 students and a $20 million budget.

Andy then worked as a reporter for seven years, starting at Dow Jones Newswires in New York and ending at his hometown paper, the Stillwater Gazette.

He earned his MBA at the University of Minnesota’s Carlson School of Management in 2011, spending the summer between the two school years working on strategic planning for the Associated Press in New York. Following graduation, he joined the Minneapolis office of McKinsey & Co., where he has since served on teams advising Fortune 500 firms, governments and nonprofits on business issues.

Outside of work, Andy was a founding board member of the White Pine Festival and its communications director from 2005-2009. His wife, Katrina, is the director of development and communications for VocalEssence.

Andy’s first day of work will be May 1. But he and his wife plan to attend MinnRoast tonight. You can reach him at awallmeyer@minnpost.com.