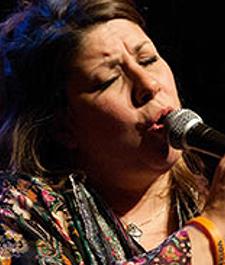 MinnPost is proud to announce St. Paul vocalist Erin Schwab will be joining in the fun on April 25. Erin is a member of both the Ensemble Department and Voice Department Faculty at McNally Smith College of Music and is Director of the Musical Theater Ensemble. Her musical theater résumé includes performances in “Tony ‘n’ Tina’s Wedding” and the national tour of “School House Rock Live!” You can find her performing locally with Jay Fuchs at Hell’s Kitchen, Honey and The Townhouse, where she also performs with Lori Dokken. You can also hear her sitting in with Metro Jam, Robert Bell’s Twin Cities Hot Club and The Wolverines Jazz Trio and Big Band.

Below you will find a breakdown of individual ticket and sponsorship categories. We look forward to seeing you on April 25.