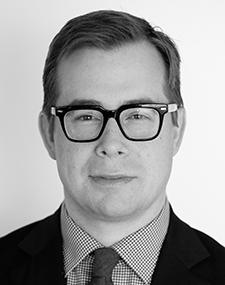 Putz (pronounced “puts”) joins MinnPost from Mpls.St.Paul Magazine, where he is currently deputy editor. Prior to joining the magazine, he served as enterprise editor of the Philadelphia Daily News. He has also served as top editor of Boston and Minnesota Monthly, and as a senior editor at Philadelphia, one of the nation’s largest city magazines. As a journalist, he has covered everything from politics to professional bowling, and he has twice won the national Clarion Award for feature writing.

We selected Andy from an outstanding crop of local and national candidates, through a process that included interviewing by editors and a number of writers who will now be working for him. Interviewers were impressed by his creativity and passion for high-quality regional journalism.

Andy grew up in Stillwater and graduated from the University of Wisconsin-Madison with a degree in history. He and his wife, Kylie Engle, live in South Minneapolis. She is a senior account executive at Twin Cities Business magazine.

“Since its founding, I’ve been a fan and a devoted reader of MinnPost, and the opportunity to help lead such a talented group of reporters is one I simply couldn’t pass up,” Andy said. “Over the last seven years, MinnPost has established itself as one of the most successful non-profit news operations in the country, and I’m excited to be part of an enterprise that’s creating a new model for doing vital, public-interest journalism.”

Andy replaces Roger Buoen, who is retiring as executive editor but will remain involved with MinnPost on a limited basis.  Roger has been with MinnPost from the first day, and has been a key player in driving the quality that MinnPost readers and the community have come to expect from us.

This is the second new addition to MinnPost’s top management team: We recently hired Andrew Wallmeyer as publisher.  Both Putz (editorial) and Wallmeyer (business side) report to me.

Amazingly, both of our new hires are named Andrew, grew up in Stillwater, and graduated from the University of Wisconsin-Madison. What are the odds?