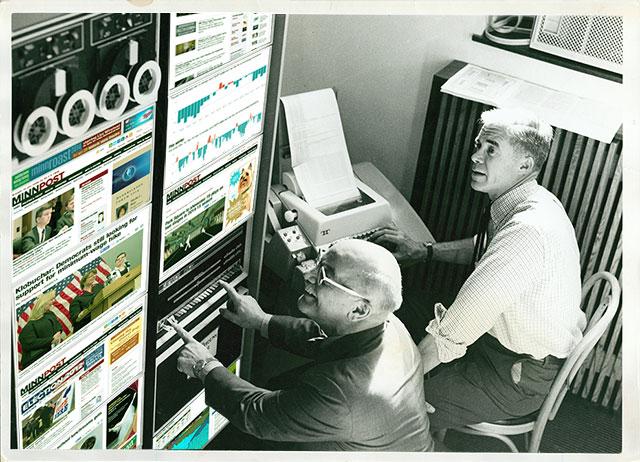 The results are in from our spring reader survey, and they paint a picture of an audience that is generous, passionate about MinnPost and Minnesota, and highly engaged in civic and other communities.

While none of that should surprise anyone who has attended MinnRoast, enjoyed reading the comments on our site, or otherwise interacted with MinnPost readers, we were nevertheless impressed by several survey findings.

As a group, MinnPosters are well-established, well-educated, and well-to-do. You are culturally active and civically engaged. And you love MinnPost for its high-quality coverage of topics that matter to you, talented reporters, and unique perspective.

This reader survey, conducted in March and April, was the first step in a larger effort to learn more about our audience to help us improve and focus our energies on the things that matter most to you.

Sincere thanks to the nearly 2,000 of you who took the time to complete the voluntary survey — and to Al Tims, director of the University of Minnesota School of Journalism and Mass Communication, who helped develop the survey and analyze the results.

Our next step will be to get input on what topics you would most like to see us cover (or cover in greater depth), and how you would prefer to be recognized and rewarded for supporting MinnPost.

(If you are willing to share your thoughts with us on any of those topics, please enter your name and e-mail address in the box at right.)

While we did not take a random sample of MinnPost users, respondents were a diverse cross-section of our regular readers, varying in age, gender, income, location, and other characteristics; collectively, we consider them to be an accurate representation of our core audience.

The vast majority of survey respondents were longtime Minnesota residents. Most live in the 16-county Minneapolis-St. Paul metro area, though responses came from every corner of the state. Sixteen percent of respondents live out of state – often Minnesota transplants, many of whom said they love the Glean for efficiently keeping them up-to-date on news from home.

Nearly half (48 percent) of regular readers have a post-graduate degree.

Readers who give money to MinnPost earn more and are more likely to have a graduate degree than the average MinnPoster.

As the success of our recent arts fundraising campaign suggests, MinnPost readers are not only news junkies, but culture vultures, too. The vast majority reported attending a concert, play, or dance performance within the past 12 months (88 percent), visiting a Minnesota museum or art gallery (82), and attending a public lecture or symposium (71). A third said they participate in a book club, and 27 percent said they are active in an arts group, such as a choir or other musical ensemble.

As might be expected given our editorial focus on public affairs, MinnPosters’ civic engagement is extremely high. Fully 94 percent are registered voters, compared with 76 percent for the state as a whole, and 65 percent for the country. Nearly 84 percent reported attending a fair, community festival, or parade within the past 12 months. Participation in nonprofit organizations is also high, with the most popular types being charitable/volunteer organizations (70 percent), professional/trade groups (46), political parties (42), and religious/faith communities (37).

Overall, survey respondents like the work we do. More than 90 percent said they are either “satisfied” or “very satisfied” with MinnPost as a source of Minnesota news and information.

The most oft-cited reason for readers’ satisfaction, by far, was the generally high quality of MinnPost’s editorial coverage. Other popular responses included the unique perspective we bring (by covering topics other outlets do not, or to a depth they do not), our story/topic selection, our talented staff of experienced journalists, and the user experience on our website.

When asked to rate the quality of our coverage in specific areas, readers singled out politics and policy as being particularly strong — 95 percent rated it either “good” or “excellent,” with 66 percent giving it the highest-possible rating. Other well-liked coverage areas included community perspectives, education, the environment, and the arts.

Most encouraging, you overwhelmingly told us you like us well enough to recommend us to others. When we asked survey respondents to tell us how likely they were to recommend MinnPost to their friends, family, or colleagues, using a 10-point scale, the average answer was 8.6, with two-thirds giving a 9 or 10. We can think of no greater compliment, and we appreciate your support.