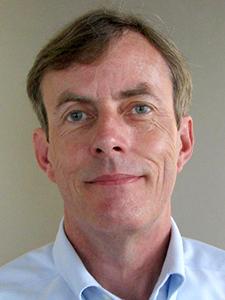 We’re proud to announce that Peter Callaghan, a talented journalist with extensive experience writing about politics and public policy, has joined MinnPost as a staff writer. At MinnPost, Callaghan will focus on covering local government in Minneapolis and St. Paul.

Callaghan is a native of the Pacific Northwest, where he worked at various newspapers in Washington state and Idaho and with the Associated Press. Most of his career has been at the News Tribune in Tacoma, where he was at various times a political reporter, statehouse reporter, editorial page columnist and local-front columnist. His reporting there touched on everything from state and local government, education policy and open government to historic preservation and gambling policy.

Callaghan graduated from Stadium High School in Tacoma, a fact he mentions only so he can note that it is the historic school portrayed as Padua High in the movie, “10 Things I Hate About You.” He is also a graduate of the University of Washington, which — he also likes to point out — defeated the University of Minnesota in the 1961 Rose Bowl.

He and his wife, Suki Dardarian, senior managing editor and vice president at the Star Tribune, live in the North Loop neighborhood of Minneapolis. They’re the parents of two grown daughters: Anna, who is a journalist; and Blair, who is attending physical therapy school.