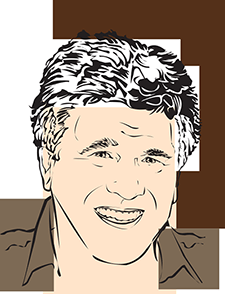 For those who are fans of The Glean, our twice-a-day roundup of the day’s news, we have some good news — and some more good news.

Let’s start with the first piece of good news: Brian Lambert, who has written both editions of The Glean for the last several years, will be focusing more of his time writing and reporting on local media — as well as on larger media issues of interest to locals — something for which he is well-qualified. A long-time Twin Cities journalist, Brian has covered the media in some way, shape or form for more than two decades, most notably as the St. Paul Pioneer Press’ media columnist for 15 years.

The other bit of good news: Starting today, we’re rolling out a new version of the afternoon edition of the Glean, overseen by News Editor Tom Nehil with contributions from MinnPost’s entire editorial staff.

The Glean started on these pages with MinnPost media critic emeritus David Brauer, who launched the column with the mission “to combine and contrast info from both daily papers plus after-work reports from local TV, radio and online.” Lambert started contributing to the Glean in 2009, and in 2010 Lambert took the column from once a day to twice, applying his blend of wit and wisdom to the important stories of the day.

The new afternoon Glean will continue this evolution, presenting a slightly new format but the same commitment to linking you to the best stories of the day. And for the Lambert fans out there, you’ll still get him each morning in the AM Glean, in addition to his media insights.

As with all our columns and coverage, we welcome your thoughts on these changes. Just send us a note to feedback@minnpost.com to let us know what you think.