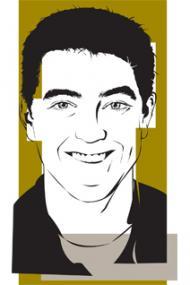 Some sad news for MinnPost: our Washington, D.C. correspondent, Devin Henry, is leaving. Devin’s moving on to The Hill, where he will report on energy and the environment.

Devin joined MinnPost as an intern in 2011 and soon rose to be our full-time Washington correspondent. In nearly four years of reporting for MinnPost, Devin ably covered Minnesota’s congressional delegation and the way actions taken in the nation’s capital affect us here. He distinguished himself for his ability to break down complex policies and for his reporting on political campaigns, particularly campaign finance.

“I have admired Devin’s ability to sort out what’s really going on in Washington and what’s just political theater, a skill especially impressive considering he’s such a young journalist,” said MinnPost projects editor Roger Buoen, who worked with Devin as his editor from 2011 to 2014. “He’s a smart reporter and his stories are always fair and accurate. And he’s great to work with, a quality that counts for a lot in my book.”

Indeed. Devin’s insights and hard work will be missed by MinnPost’s staff and our readers. But I hope readers will join us in congratulating Devin on his new position and wishing him all the best in the future. To keep up with Devin’s work, follow him on Twitter: @dhenry.

With Devin’s departure, MinnPost will be hiring a new Washington, D.C. correspondent. The job description is here. To apply, email a cover letter, resume and clips to MinnPost’s executive editor, Andrew Putz — aputz@minnpost.com.