Executive Editor Andrew Putz moderated the discussion, which touched on everything from weird political merchandise and ‘Bernie Bros’ to post-convention polls and why so many Minnesotans spoke at the DNC.

Brodey also offered a firsthand account of the conventions’ most dramatic moments: Sen. Ted Cruz getting shouted down at the Republican gathering and Khizr Khan brandishing a pocket-sized Constitution during his speech at the DNC.

The conversation was a part of the MinnPost Social event series, sponsored by RBC Wealth Management, in which our journalists share their insights with the public in a casual atmosphere. The events are free for MinnPost members, $10 for nonmembers.

The next MinnPost Social will take place in late October. Its topic: the Nov. 8 election. 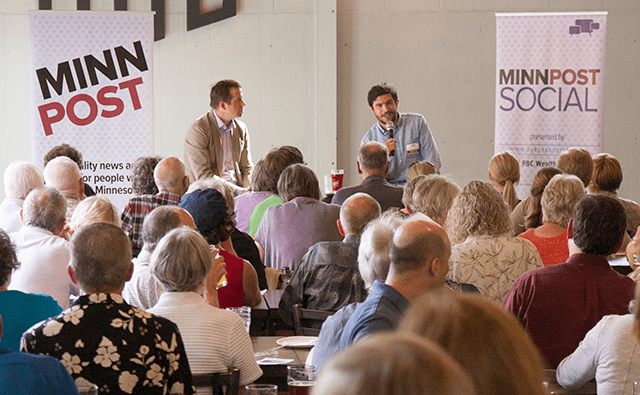