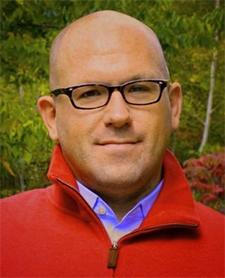 MinnPost is adding another voice to our coverage of the 2016 elections.

Starting today, Michael Brodkorb, a writer, blogger and former Republican Party operative, will be writing a weekly column focused on providing analysis and commentary on Minnesota and national politics and political campaigns.

Brodkorb certainly knows the field. He got his start in politics serving on the 1996 campaign of U.S. Senator Rudy Boschwitz and went on to work in campaigns for Norm Coleman, Rep. Mark Kennedy, Rep. Michele Bachmann, and Rep. Erik Paulsen.

Brodkorb was also the founder of the blog Minnesota Democrats Exposed, and has served as a co-host of a weekly conservative radio program on AM1280 “The Patriot.”  He also served as deputy chair of the Republican Party and as communications director for the Minnesota Senate Republican Majority Caucus.

More recently, he has been a communications and research consultant, and an award-winning blogger for politics.mn and the Star Tribune. His first column, on the recent Donald Trump ballot mixup, appears today.