More than 120 MinnPost readers and friends gathered Monday night at the A-Mill Artist Lofts in Minneapolis to watch and discuss the first presidential debate between Hillary Clinton and Donald Trump.

After the debate, MinnPost political columnists Eric Black and Cyndy Brucato shared their reactions and answered questions from audience members about the performance of the two candidates — and of moderator Lester Holt of NBC News. Both thought Clinton had a better night than Trump, though both were also skeptical that the debate would play a significant role in the outcome of the election. As Black wrote in a column about the debate: “I doubt last night’s debate changed very many minds, because not much was new.”

Prior to the debate, attendees had the opportunity to hear from No Labels Minnesota, a nonpartisan political group that advocates for more collaborative problem-solving in the U.S. government. “There is wide agreement on some very, very significant issues – solutions that can make the lives of people better in our country – but they’re still not happening,” No Labels Minnesota Co-Chair Paul Ostrow told the crowd. “That’s what we’re trying to fix.” 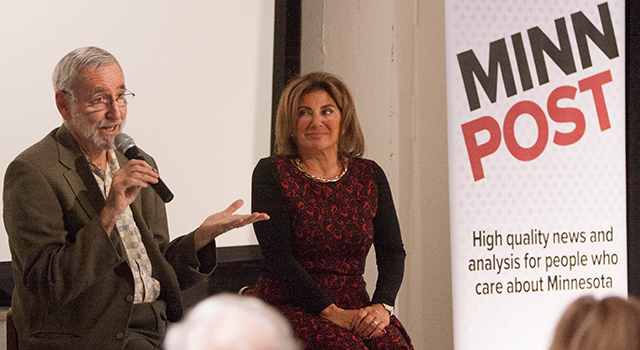