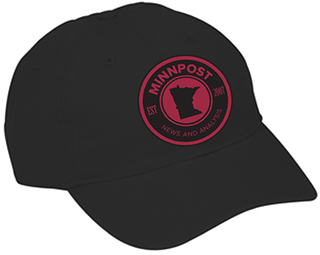 Since MinnPost’s summer member drive began Tuesday morning, more than 30 readers have made a contribution, including a handful of sustaining members who have upgraded their memberships to help us reach our goal.

To all those who have given, THANK YOU!

Throughout this campaign, we’re thanking readers who make an ongoing commitment to MinnPost of $10/month or more with a MinnPost baseball hat.

We hope to inspire just over a hundred more readers to make a gift in support of MinnPost’s work before the drive ends next Thursday.

A gift of just $10/month makes a difference. MinnPost members who make that ongoing commitment receive:

There are many benefits of MinnPost membership – including digital New York Times access for new subscribers who become Platinum members.

We remain grateful for the support of our more than 3,100 member-households – whose contributions are our largest and most reliable funding source – and so we’ll be working extra hard this week to cultivate new and returning donors.

Those who would like to get us off to a strong start are encouraged to make a gift today, and tell us why they did.

Below are comments from some of the readers who have given this week, reprinted with permission.

I believe it is important to support independent journalism. – Tim Neal, Maple Grove

I give because I like the easy read format. Articles are informative. – Sherman Kerner, Oceanside, New York.

You are one of the few remaining news sources who write well. Keep that part of the craft alive, MinnPost! – J.T. Boyt, St. Paul