Gov. Dayton’s self-deprecating humor has been a staple at MinnRoast for a number of years. Whether it’s “helping out” at his sons’ restaurant in 2016, above, or starring in last year’s “Hamilton” spoof, Dayton’s performance is always a show highlight.

MinnRoast has become a can’t-miss event of the Minnesota political calendar, bringing policymakers, entertainers, and journalists together to poke fun at each other and the state we love in songs, skits, videos, and monologues. 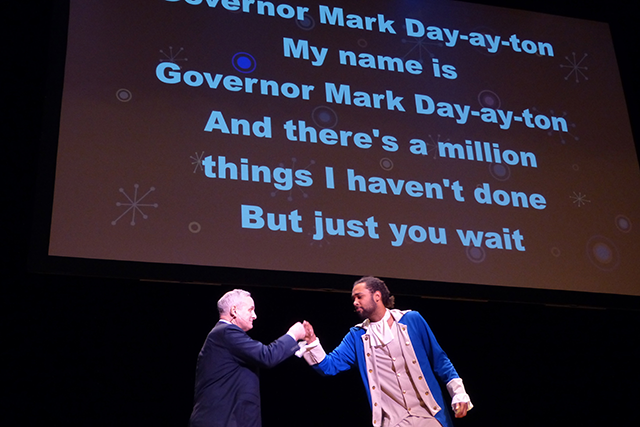 Gov. Mark Dayton returns to the MinnRoast stage in 2018