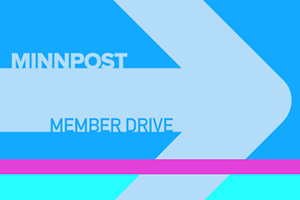 We’re thrilled to announce we’ve welcomed 135 new MinnPost members from across Minnesota and the country since June 20 as a part of our Summer Member Drive! We are grateful for the support of our nonprofit newsroom.

We’d like to send out a hearty THANK YOU to everyone who joined MinnPost during our drive, and to the more than 4,000 other members who have supported our in-depth reporting throughout the year.

If you meant to donate during the drive but got sidetracked by jumping in a lake, weeding your garden, or hiding out from the storms, it’s not too late! Your support, at any time and in any amount, is essential to MinnPost’s nonprofit newsroom and makes a real difference to our mission-driven journalism.

We love to ask our members why they choose to support MinnPost. Here are a few recent comments from the drive:

“Great reporting on complex issues facing our wonderful state. Fills a big gap left by our local newspapers that used to cover these issues. Thanks for your work.” — Anonymous donor, St. Paul

“Diligent journalism is a major pillar of our democracy.” — Kerry Ness, Plymouth

“I love MinnPost for in-depth balanced reporting on MN news! Particularly like when national political news is digested with its impact to MN.” — Sandra Chausse, Forest Lake

“I believe in nonprofit journalism. In fact, it may be the thing that saves us.” — Mark Carlton, Bloomington

Again, THANK YOU, to the 135 donors who’ve given to us in the last two weeks!

You can add your name to this list any time by becoming a member. Thank you!