The inaugural MinnPost Festival is next week and features a jam-packed lineup of virtual conversations, April 5-9, with national and local guests on the ideas and movements shaping civic life in this moment.

Two of those guests are Sarah Longwell and Charlie Sykes, leaders from The Bulwark, who will discuss the future of the Republican Party.

Sarah Longwell is the president and CEO of Longwell Partners, a communications firm in Washington, D.C. She is also the publisher of The Bulwark. A long-time Republican strategist and former national board chair of the Log Cabin Republicans, Sarah launched Longwell Partners to engage in issues beyond partisan politics and focus on solving some of the country’s most intractable problems through cross-partisan coalitions. (Deeper reading: The New Yorker profiled Sarah in 2020.)

Charlie Sykes is a founder and editor-at-large of The Bulwark, host of The Bulwark Podcast, and an NBC/MSNBC contributor. He’s the author of nine books, including his most recent, “How the Right Lost Its Mind,” published by St. Martin’s Press in 2017. Until he stepped down in December 2016, after 23 years, Sykes was one of Wisconsin’s top-rated and most influential conservative talk show hosts. He’s written for The New York Times, The Atlantic, The Wall Street Journal, and other national publications. (Deeper reading: Transcript of an interview Charlie did with Frontline in 2019 on the partisan divide.)

At the Festival, Sarah and Charlie will discuss the Republican Party after the Trump presidency and the future of conservatives in electoral politics. MinnPost Editor Andy Putz will moderate the conversation.

You can attend this session at 12 p.m. CT on Wednesday, April 7 — along with all of our other Festival sessions — with a Festival pass, available at Pay What You Can pricing (including free!). Registration is required.

Want to go even deeper into the conversation with Sarah, Charlie and our other guest speakers and provide even more support for MinnPost’s public-service journalism? Take a look at our VIP packages, which include full access to main programs, special recognition, exclusive Q&A sessions (including one with Sarah and Charlie!), and other perks. These packages start at $300 and are tax-deductible (minus the fair market value of benefits).

Hope to see you at the inaugural MinnPost Festival. And, as always, thank you for supporting MinnPost’s nonprofit newsroom. 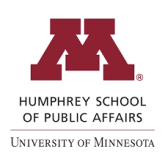 MinnPost Festival: The Future of the GOP with Sarah Longwell and Charlie Sykes from The Bulwark