On Oct. 21, we’re hosting the first-ever MinnPost Tonight, a LIVE professional broadcast event featuring cultural luminaries discussing their work and what it means to be a Minnesotan, all while raising critical funding for MinnPost’s public-service newsroom.

Get your FREE ticket >>

Today, we’re putting the spotlight on musical guest Chastity Brown, a self-described “storyteller in the blues tradition.” Chastity is a songwriter and musician based in Minnesota-via-Tennessee. She tells stories populated by marginalized characters to stake her own space as a queer black woman and to speak to other experiences that are often ignored.

The daughter of a black blues musician and white Irish mother, Brown was raised in Tennessee and signed by Red House Records. Her acclaimed 2017 album, “Silhouette of Sirens” was chosen as a “First Listen” by NPR, and she’s gone on to tour internationally and opened for the Indigo Girls, Jayhawks and Micheal Kiwanuka, among others. She’s also toured as backing vocalist and opening band for Ani Difranco. In 2019, she was chosen to perform alongside the Minnesota Orchestra, with which she presented an evening of her original songs.

If you’re not familiar with Chastity’s music (or even if you are), treat yourself to “Drive Slow” from her 2017 album, “Silhouette of Sirens,” recorded live by 89.3 The Current.

Hear more from Chastity, and hear her perform live, at MinnPost Tonight at 7 p.m. CT on Thursday, Oct. 21 along with our other special guests – Nancy Lyons, Chris Montana, Wing Young Huie, and host Adia Morris – by reserving your ticket today, available at Pay What You Can pricing (including free!). Registration is required.

Get your FREE ticket >>

Want to go even deeper into the insightful conversations with Chastity Brown and our other guests and provide even more support for MinnPost’s public-service journalism? Take a look at our VIP packages, which include full access to the event, special VIP-only gatherings, recognition and other perks. These packages start at $300 and are tax-deductible.

We hope you’ll join us for the first-ever MinnPost Tonight. As always, thank you for supporting MinnPost’s nonprofit newsroom.

Special thanks to our sponsors! 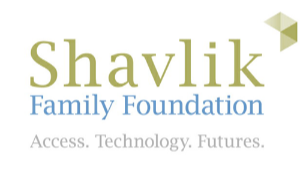