We’re less than a month away from MinnPost Festival 2022, a week of insightful conversations, April 25-28, with national and local guests on the ideas and people shaping civic life in this moment.

Julián Castro served as U.S. Secretary of Housing and Urban Development under President Barack Obama from 2014-2017. Before that, he was Mayor of his native San Antonio, Texas — the youngest mayor of a Top 50 American city at the time. In 2012, he gave a keynote speech at the Democratic National Convention.

After his campaign for president in 2020, Sec. Castro launched People First Future and “Our America with Julián Castro,” a podcast with Lemonada Media that puts a spotlight on vulnerable communities and takes a humanizing and hopeful look at how drastically the American experience shifts from one person to the next. In July, Secretary Castro became an MSNBC/NBC Political Analyst.

At MinnPost Festival, Sec. Castro will be in conversation with MinnPost editor Andy Putz on the current state of American politics and the Democratic Party.

You can virtually attend the session with Sec. Castro at 7 p.m. CT on April 26 — along with all of our other Festival sessions — with an all-access virtual Festival pass, available at Pay What You Can pricing (including free!). Registration is required, so make sure to reserve your pass right now.

Want to see the conversation with Julián Castro live and in person?

While virtual access will be available to Passholders for all sessions, VIP Supporters and Sponsors will have in-person access to the keynote reception and session with former HUD Sec. Julián Castro on Tuesday, April 26, at 7 p.m. CT at Quincy Hall in Minneapolis.

VIP packages include an array of special perks and benefits, and most importantly, they provide even more support for MinnPost’s nonprofit newsroom.

Whether as a VIP Supporter or a Passholder, we hope you’ll join us for this year’s edition of MinnPost Festival. Stay tuned for more additions to the schedule and check out all the details at minnpost.com/festival.

Special thanks to our Festival Sponsors! 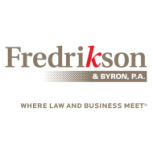