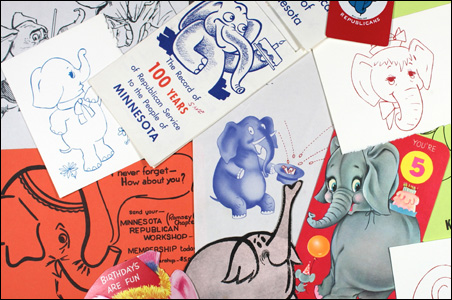 In 1974, Minnesota Republicans “lost everything but our underwear”—at least that’s how 3rd District Congressman Bill Frenzel put it in an address to Minnesota’s Republican State Central Committee one month after a DFL drubbing that made for what Frenzel called “the worst Republican year since 1934.”

Frenzel had some advice for the party—advice that might resonate with today’s Republican leadership. The GOP had “too much democracy,” Frenzel said. What it needed was “a touch of despotism…We have plenty of leaders, but darn few followers.” The remarks, typed up and released to the media, were under the heading “Follow one boss!”

More than three decades later the State Central Committee finally heeded Frenzel’s advice. In a 59 to 55 vote, delegates imposed a two-year ban on 18 Republicans who supported Independence Party candidate Tom Horner over their own party’s pick, the now-conceded Tom Emmer. For all intents and purposes, it’s a blacklist. And the message is clear: “Follow one boss!”

Party turned around
What happened to the Republicans of 1974? Well, things turned around for them and they started winning elections again. In 1978, Al Quie was elected governor; Dave Durenberger became a U.S. senator; and Arne Carlson was elected state auditor.

These men were symbols of the party’s revitalization, and they are all on the 2010 Minnesota Republican Party blacklist.

Over the next few weeks, I’ll be exploring the history of the Minnesota Republican Party through documents, photos, audio clips, and interviews with party members—some of them banned from participating in the party they love but not from talking about it. 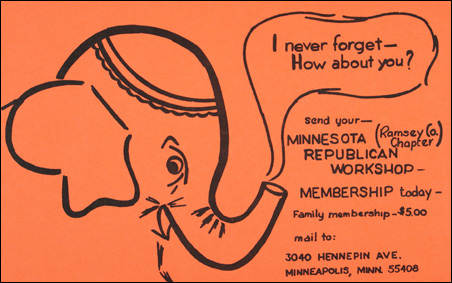 I want you to help me explore that history. Minnesota Republicans, tell me something I don’t know about the Republican Party. Better yet, tell my readers something they don’t know.

Maybe you volunteered for the party in the ’60s, ’70s, ’80s or 90s. Or maybe you held office as a Minnesota Republican. What attracted you to the party? Who inspired you? What are some of your best and worst experiences with the party?

If you have photos, brochures, audio recordings, or other ephemera let me know. I’ll add what you have to what I’ve discovered in the archives of the Minnesota Historical Society.