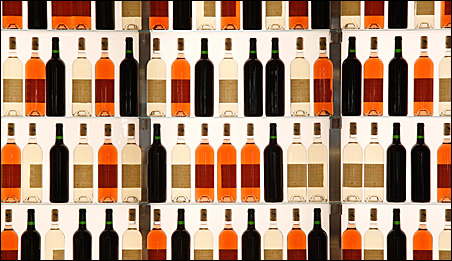 Sunday sales in Minnesota liquor stores is a perennial issue for the Legislature. It wasn’t much of a surprise to see a proposed bill on the agenda of a Senate committee earlier this month. The surprise was that it squeaked through the Senate Commerce and Consumer Protection Committee with an 8-7 vote — especially after a similar bill was defeated in the House last year in a blistering 110-20 vote.

Despite its seemingly puritan roots, the Sunday ban is an economic issue today — with one side claiming a guaranteed revenue boost from Sunday sales and others insisting it would put them out of business.

The next stop for the proposed bill is the Senate Finance Committee, and there’s going to be a lot of hustle between now and then by players big and small. Will we hold our place on the list of 14 states that ban Sunday sales? Let’s take a closer look at who is fighting for what and why.

Who wants to keep liquor stores closed on Sundays?

The state’s powerful liquor lobby — largely funded by member contributions from the owners of Minnesota liquor stores — is firmly planted in its opposition to Sunday sales. How firmly planted? The money will tell you. The Minnesota Municipal Beverage Association, representing 90 percent of the state’s city-owned liquor stores, and the Minnesota Licensed Beverage Association with its nearly 2,000 members who sell liquor in stores, bars and restaurants, have put more than $750,000 into lobbying efforts since 2005. They haven’t thrown every dollar into the Sunday sales fight, but they spend enough to earn an ear at the Capitol on just about any issue that enters their territory — and this is a perennial focus for them.

The two organizations share lobbyists and have never been publicly at odds over any piece of legislation. “We handle those issues internally,” says Paul Kaspszak, executive director of the Municipal Beverage Association, which claims 90 percent of the state’s city-owned liquor stores as members. “When there’s something we want that isn’t a good fit for the Licensed Beverage Association, we drop it.”

In most Minnesota liquor law fights — including the smoldering debate over wine in grocery stores — there is a third heavy: The Minnesota Beer Wholesalers Association. The organization has spent more than $500,000 on lobbying efforts since 2005. But Association President Michael Madigan says they’re neutral on Sunday sales. “That is our position and that is what we’ve told legislators,” Madigan told MinnPost.

Why does the liquor lobby want to restrict liquor sales?

Some say it’s about preserving their day off every week. The law wouldn’t force stores to open on Sunday, but some store owners say they would be forced to open their doors if they wanted to remain competitive. Those same people fear — and sometimes insist — that only expenses would go up, spreading the work and the cost of having workers over seven days instead of six without a corresponding jump in sales.

Others say a lifting of the Sunday sales ban would mean certain passage of a law allowing wine sales in grocery stores, something the liquor lobby has long maintained would be a fatal blow to the state’s smaller liquor stores.

“It’s not about a day off,” says Kaspszak, “and we don’t deny that Sunday sales would probably be good for some of our members in specific locations. It’s that threat of this leading to wine in grocery stores.”

Over at the Licensed Beverage Association the objections are nearly identical, with an extra emphasis on the risks to small family operations already struggling in a highly competitive market.

“If I really thought I could make extra money with a seven-day week, I’d be in favor of this,” says Licensed Beverage Association President Robert Marget, who also runs the River Liquor Store in Northeast Minneapolis — a small store that has been family owned for decades.

There are association members who support the measure, most notably metro giants Merwin Liquors and Chicago-Lake Liquors. However, says Marget, “I don’t find any of what I would call smaller liquor stores in favor.”

What are the Teamsters doing in this fight?

The Teamsters represent workers in warehousing, distribution and delivery of liquor and their opposition is framed as a matter of solidarity. In a letter to state Sen. Chris Gerlach, Teamsters Political Director Edward Reynoso asserted the union’s position that another day of sales would merely spread the work over seven days without bringing in more money. The people advocating for Sunday sales, of course, contest this assertion.

Surely traffic accidents and fatalities must fit into this debate somewhere?

It certainly does, but available research serves both sides.

In a 2010 study summary provided to committee members by the Minnesota Legislative Reference Library, university researchers from Cornell and Stanford found that “restricting alcohol sales on Sunday has a negligible effect on fatal accident rates,” and that their results “suggest that Sunday alcohol sales restrictions have less secular public health benefits, at least in terms of vehicle fatalities, than previously believed, and that most of the reduction in fatal accidents from these laws could be achieved by better enforcing minimum legal drinking age restrictions.”

A 2006 study, published in the American Journal of Public Health, looked at the effect of legalized Sunday sales on traffic accidents and fatalities in New Mexico came to a graver conclusion. Researchers estimated an excess of 543 crashes, or a 29 percent increase, and 41.6 fatalities, or a 42 percent increase, over the five-year period following that state’s lifting of their Sunday ban.

So who wants to end the ban on Sunday sales?

The heavy in this corner is the Distilled Spirits Council of the United States. Outside agitators! Not really. Their ambassador on this issue is former Minnesota Finance Commissioner Tom Hanson, who came to the committee hearing on March 16 armed abundantly with talking points and statistics. Chief among them: “Sunday is the second busiest shopping day of the week,” and “Shoppers also tend to spend 21 percent more on Sunday than any other day of the week.”

There’s more math from the council. According to a policy analysis presented at the hearing, Sunday sales in Minnesota would mean an estimated $7.6 million to $10.6 million in new tax revenues.

The Minnesota Grocers Association is in there too. Talk about spending enough money to earn an ear at the Capitol: since 2005 the organization has spent more than $1 million lobbying their issues. Some grocers already sell liquor — in separate buildings. If there were an increase in sales, they’d be glad to get in on it. And if the lifting of the ban really did lead to wine in grocery stores, that would be a win for them.

Where are the atheists in all of this?

I’m glad you asked. They’re right in the middle of it. August Berkshire, president of Minnesota Atheists, spoke at the committee hearing and submitted a written statement. Here’s some of what he had to say:

“The fact that today the argument seems to revolve mostly around economics should not obscure the original religious intent of the law … we oppose government laws that favor religion over non-religion. This proposed bill is a good start towards ending government favoritism toward a particular religion. However, it doesn’t go quite far enough. Under this bill, Christmas remains singled out as the one day each year that liquor stores would not be allowed to sell liquor. This favors a Christian holiday over Jewish, Muslim, Hindu, and other religious holidays, and over atheism, which has no official holidays at all.”

What do the neutral parties say about the revenue advantages of Sunday sales?

Analysis by the Minnesota Department of Revenue doesn’t really aid either side of this fight. They see an increase in revenue for the state, but it’s a pittance: somewhere in the neighborhood of $400,000 each year through 2015.

The Senate Finance Committee will take up the proposed bill, though it’s not clear exactly when.

Now it’s your turn. Are you in the middle of this fight? Are you an interested observer? Don’t be a stranger. See you in the comments.

Sunday liquor sales: Who is fighting them and why?