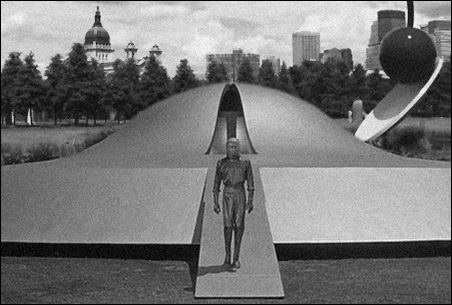 The Intelligencer is six months old this week. To celebrate, I’ve created a map of every Minnesota UFO sighting on record at the National UFO Reporting Center. There are close to 800 entries and the sightings cover all corners of the state, stretching back to 1947.

OK, you have no use for this map. I understand, neither do I. So why post it? What’s the threshold for posting data at a news blog like this one? It’s a question many people asked when I mapped vacant and condemned properties in Minneapolis. Security-minded readers wondered if such a tool might only serve as a roadmap for copper thieves or a warning sign for potential buyers in any given neighborhood. Never mind that I was merely mapping data provided online by the city (in a handy, printable list no less).

The criteria for posting data to The Intelligencer — in whatever form — are pretty base: Is the source of the data clear and is that source trusted? Is the method of data collection clear? Is it interesting? And then the big one: Are there people out there who are passionate about whatever issues intersect with the data?

That last one is critical. I’m trying to start a conversation in this space. When I wrote about an advocacy organization’s study of domestic violence cases in suburban Hennepin County, I dispensed with the quick-hit newspaper model for such stories. You know the one: a couple of paragraphs setting it up; bullet points; then the talking head parade: somebody who supports the findings, somebody who insists “the picture is more complex” and then the dispassionate observer. 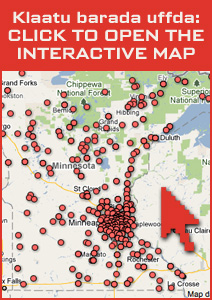 Instead I spent a great deal of energy trying to understand just what the advocacy organization was trying to communicate — and that was the focus of my post. I ended with this: “Are you a judge, attorney, or are you in law enforcement? I want to hear from you on these issues.” A few people took me up on this; some in the comments section, some using a form I created to allow off-the-record comment, and some via email.

Mostly what I heard was frustration that I had excluded the perspectives of judges, attorneys and people in law enforcement — the very people I had appealed to.

My invitation was sincere, but the people I wanted to reach weren’t buying it.

I get it. No matter how much I may value what happens in the comments after I publish a post, we’re trained to believe that the voices that matter are up top.

I’m designing a new approach and I want your help. If you care even a little bit about constructive discourse online please join this conversation.

Here’s an idea to get us started: I could select the best comments — those that further whatever conversation I’m trying to start with a given post — and move them above the Great Wall that divides reporter from commenter under the heading: “The rest of the story: Continuing the conversation.” I could include pieces of comments, tweets, correspondence, phone calls, whatever. I could even include further reporting (unless I were to opt instead for a separate post). I could also include a form for submitting your email address. Whenever the post is updated, I would send you a note.

I’m serious about starting conversations — and about seeing them through to some sort of constructive end. What other changes should I consider? Let’s talk.

I mapped Minnesota UFO sightings — ask me why!