I’ve mapped the May 21, 2011 vote that launched the 18-month battle over a constitutional amendment banning same-sex marriage in Minnesota. Click on any legislative district to see how state representatives voted. You’ll find photos, contact information and, in some cases, what that representative said during the debate or in correspondence to constituents. That’s where you come in. Help us get your representative on the record by sharing any response you’ve received on the issue of a same-sex marriage ban in Minnesota. Whether you’ve written in support of the amendment or against it, we want to know what you’re hearing back. We’ll add it to the map!

With your help, we’ve added quotes from these representatives so far (last updated on 6/8/11): 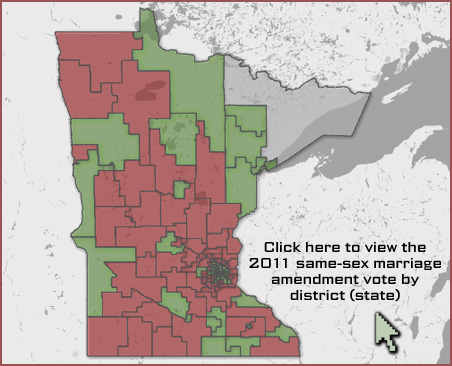 The Twin Cities metro area is pretty difficult to click on in the state map, so I gave it its own map. 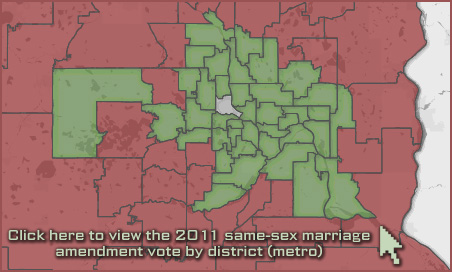