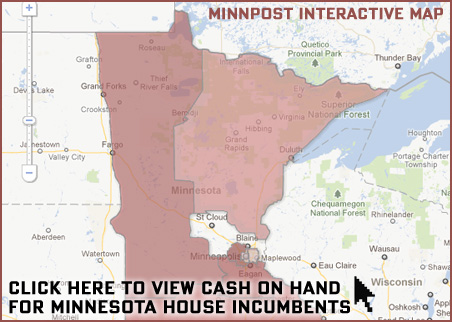 Incumbents always have their campaign engines idling. In our political system, where the big spender is often the big winner, that means keeping the piggy bank full. Minnesota’s House incumbents are doing just that, and we’ve visualized the cash on hand for each congressional district’s incumbent.

For a full analysis, see MinnPost Washington correspondent Devin Henry’s post on just-released Federal Election Commission data — just scroll past the Bachmann stuff, it is all there, including the fundraising accomplishments of the challengers so far, which has been minimal, with a few exceptions, most notably Chip Cravaack’s 8th District challenger, Tarryl Clark, who raised $20,000 more than the incumbent in the 3rd quarter.

When you get to the map, click on any district to see piggy bank status and fundraising numbers for 2011 (through the 3rd quarter, which ended on Sept. 30). Here are the war chest rankings: 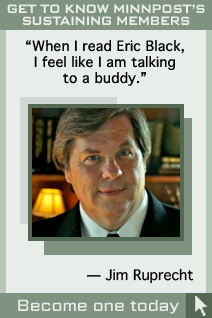 There is somebody missing here. Michele Bachmann is the 6th District incumbent, you all know that. What we don’t know is what will become of her presidential ambitions. There is no active House candidate in 6th District right now, but be assured Bachmann will bring her money with her if she decides to run for the lesser office.