News
Learning Curve
MinnPost’s education reporting is made possible by a grant from the Bush Foundation.
Nov. 10, 2010 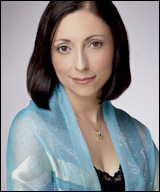 Today, all 450 freshmen at the University of Minnesota’s College of Education and Human Development (CEHD) will get to spend some time with someone they’ve gotten to know very well in recent weeks: Marina Nemat, whose “Prisoner of Tehran” has been the centerpiece of a semester-long multidisciplinary program designed to increase student retention and graduation rates.

And then tonight, Nemat will return to the stage at Northrop Auditorium to speak to the general public. The discussion will take place from 7:30 to 9 and is free and open to anyone. A reception follows.

At the age of 16, Nemat, an Iranian Christian, was imprisoned, tortured and sentenced to death for publicly opposing the Ayatollah Khomeini’s Islamic Revolution. Her crime: complaining that instruction at her school in math and history had been replaced with Koran lessons and political propaganda.

She was on the verge of execution when a prison guard who had fallen in love with her intervened. He raped her, forced her to marry him and convert to Islam. She eventually made her way to Canada, but kept silent about her experience for 20 years.

The book is the memoir of her harrowing path to freedom from Evin, the same notorious prison where North Dakota journalist Roxana Saberi was imprisoned last year and where three Americans arrested while hiking in northern Iran are still being held.

The event is part of the college’s First Year Experience Program, in which students read a book chosen because it resonates with a single question: How can one person make a difference?

Smaller groups then participate in team-taught classes that explore the work through different disciplines, according to Kris Cory, one of the program’s coordinators and a senior teaching specialist in the college’s Department of Postsecondary Teaching and Learning. A section she teaches, for example, looks at the power of storytelling, while another covers topics related to justice. At the end, students prepare a capstone project. 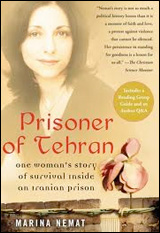 In part because several years ago it absorbed the UM’s general college, which served English-language learners and others who need help acquiring the skills to succeed at the university level, the department has the most diverse student body at the U. The process of joint exploration helps students find a niche — and a sense of community.

This is the program’s third year, and university statistics suggest it’s working. The college’s retention rate for second-year students who took the program in 2008-2009 increased by nearly 5 percent, from 85.7 percent to better than 90 percent. The increase was the biggest anywhere in the university.

“Research shows the more students can find a place for themselves and a sense of belonging, that increases the rate at which they stay in college and graduate,” said Cory. “We need to address the whole student, not just say, ‘Here’s your classes.’”

Response by this year’s freshmen to Nemat’s story has been overwhelming, Cory added. On the most basic level, the struggles Nemat faced are universal. A student dissident, she came of age during the ordeal. Like many of the first-generation Americans at the U, she was forced to leave her homeland.

Perhaps most important, the story dramatically illustrates the difference one person really can make — something that is very much a part of the process of helping students find their place at the U. Other parts of the First Year Experience aim to help students identify individual strengths in preparation for choosing the majors and careers where they can have the most impact. CEHD is also the academic home of a university-wide leadership minor, which stresses social change.

First-year students will hear Nemat at Northrop this morning. “These moments when the whole group comes together are always very powerful,” said Cory.