In January 2006, Alberto Monserrate stood before a standing-room-only crowd at Minneapolis Public Schools headquarters and put board members on notice: The district had precious little credibility with the community and Monserrate was among those who would be watching to see whether it squandered the good will it had left.

The board had just voted to buy out the contract of Superintendent Thandiwe Peebles, whose short tenure had been marked by allegations of improper conduct and rock-bottom staff morale. Test scores had been inching up, but the brusque, unpopular Peebles had used district staff to walk her dog, chauffer her to McDonald’s and complete her Ph.D. homework.

“It would be almost humorous if the consequences weren’t so bad,” Monserrate told the board. “I have talked to so many people who have given up on our schools and here was Peebles, a person who maybe was abrasive but who obviously wasn’t giving up. It doesn’t matter what the board says. They either hired the right person and they didn’t like what she was doing, or they hired the wrong person. Either way, the school board has failed.”

Fast-forward five, change-packed years and Monserrate, one of five new board members to be sworn in next month, is about to experience education reform from the dais on the other side of the room. He will be the first Latino to serve on the board, which will also include a first-time African immigrant.

Both parents were teachers
Monserrate grew up in San Juan, Puerto Rico, in a neighborhood plagued with violence. It wasn’t unheard of for police to respond to calls about late-night shootings the following morning out of fear for their own safety. His parents were both teachers who worked hard for little money, and in awful conditions. They begged, cajoled and threatened him to find a different career path. 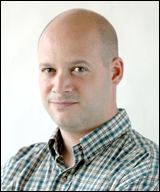 “My mom once, as we were walking through a banking area in Puerto Rico, told me, ‘You know those guys coming out of those banks seem a lot happier,’” he recalled. “’Why don’t you do something like that?’”

He did, emigrating alone to Minnesota in 1984 right after graduating high school. Monserrate enrolled at the University of Minnesota, but was forced by the cost of out-of-state tuition to attend classes at night and work for university food service during the day.

The crime he’d witnessed as a child had a profound impact on him, so he studied criminology, eventually earning a degree in sociology. He intended to go on to law school to become a criminal attorney, but needed to work for a while first.

His mother’s prodding notwithstanding, he was interested in finance and applied several times to work for IDS. It was 1989 and there was a recession; Monserrate didn’t get so much as a nibble until he submitted a résumé that indicated he was bilingual.

Something missing
He rose quickly through the ranks first of IDS and later, after a series of mergers and acquisitions, American Express and then Ameriprise, where he ultimately managed corporate 401k accounts. He’d been there a decade when he realized something was missing. “The whole idea of beating the S&P by two points every year as a goal just didn’t quite sound exciting anymore,” he recalled.

He got involved in Ameriprise’s philanthropic work in the Latino community, and served on the boards of several nonprofits. The number of Spanish-speaking kids in Minneapolis schools was mushrooming, and many were struggling.

In 2000, he quit his job and, with a partner, began publishing an alternative newspaper aimed at the Latino community. It seemed like lunacy: He went a year and a half without a paycheck and kept the business afloat by charging things to credit cards.

Acquisition, consolidation
In 2002, with the help of a local nonprofit venture capital firm that invests in minority-owned businesses, Monserrate was able to begin growing the company. Eventually, the Latino Communications Network started a round-the-clock talk radio station and acquired — and consolidated — other newspapers, including the more established La Prensa.

His interest in education endured, however. “I kind of went full circle with the background of my parents,” he said. “I developed a big passion for education and what’s really become almost an obsession of mine since then of learning everything I could about how do we do something to reduce that learning gap that I think is doing so much damage to this country.”

He served on the boards of several charters, but became discouraged by the slow pace of change and by the low percentage of charters that beat the odds. About four years ago, when members of a mostly new, reform-minded board asked him to get involved in MPS’ strategic planning process, he agreed.

The experience made him a convert: “They turned me around from a strong critic into somebody who’s probably one of the biggest cheerleaders for the district.”

He had been approached about running for a seat on the board in the past. “But the reasons usually were, there hasn’t been a Latino on the board before so it’d be good to have a Latino representation,” he said. “I thought that was a good reason, but not a good enough reason for me.”

Recruiting was difficult
He tried to recruit other Latinos, but “it was a tough sell,” he continued. “You have long hours and low pay and having this target printed on you constantly was not attractive to a lot of people I talked to.”

When the possibility came up in January, Monserrate reconsidered. Up to five of the eight board members would be new, but more than that, it seemed to him as if public interest in the crisis in urban education was galvanizing.

“I thought it was a good time to really be able to have an impact,” he said. “I was already volunteering about half of my time.”

Plus, he remained critical of the current regime’s attempts to engage the community in its overhaul. Too many tough decisions were being announced instead of negotiated, in his opinion.

“I feel that’s one of the biggest issues that the district needs to work the most on,” he said. “How do they find people out there who have ties to different communities and convince them that the district is doing the right thing? Part of it is actually getting people engaged in the process of figuring out what needs to be done so, people truly feel that they’ve contributed to it and feel like stakeholders.”

“I’m not sure that the strategy of antagonizing staff the way that we have has really been the best strategy,” Monserrate said.  “For example, I think that one of the key things to improving learning with our more vulnerable kids is more time — time and task. So somehow we need to find a way to extend days and to help kids catch up.

“But we need to do it in a way where we work together with the teachers and with other staff to figure out the best way to do that,” he added. “Maybe instead of making the tough job teachers have already even tougher by extending more hours maybe we need to start getting a little bit more creative about split shifts.”

(Monserrate was one of four incoming board members who drew criticism last week for signing a letter on union letterhead criticizing the current board for its labor relations. After the letters became public, he said he stood by their content but regretted signing something on letterhead.)

“I’ve already noticed in the meetings we’re bringing the issues in the immigrant communities more than probably people are used to,” he said. “It’s something that people have cared about, but we’re going to be a lot more sensitive to the issue.”

Monserrate is aware that some community members fear the new board won’t continue the ambitious reforms undertaken by current members. People can rest easy, he said. “I don’t think there’s going to be a start over,” he said. “I think what’s going to happen is there might be a different approach to things.  The new board members are, I would say, at least as passionate as the previous board about reducing learning gap and about getting all our kids to achieve to a level where they can be successful in what they do.”