When education policymakers look at schools that get great results despite a concentration of poverty or other impediment, they often identify a strong culture as one of the keys to a program’s success.

Indeed, recently this blog has been home to stories about odds-busting schools where professionalism and discipline are emphasized, where all students wear coats and ties and recite a college-bound credo every morning and even one school where all classroom whiteboards are decorated identically.

Each of those schools was able to forge a strong culture either because it’s a young charter blessed with a faculty that shares a single vision, or was a mainline public school that was able to re-staff from top to bottom under “fresh start” laws. But what do we know about changing schools with cultures that are entrenched — and often not in a good way?

“Re-culturing” — replacing an unintentional, dysfunctional culture with one that enables the highest levels of success — is a lot tougher, according to Samuel Casey Carter, author of “No Excuses: Lessons from 21 High-Performing, High-Poverty Schools,” and more recently of “On Purpose: How Great Schools Form Strong Character.” But it’s by no means impossible.

For his latest book, Carter reviewed data on 3,900 schools throughout the country, eventually identifying a dozen that had distinctive, positive cultures and great academic success. The schools run the socio-economic gamut from destitute to affluent, and are mainline public, charters and private.

What do they all have in common? Their strong cultures were formed in response to a need. The adults who open high-achieving, high-poverty schools are typically responding to a need to counter street culture, for instance. But street culture, albeit of a different variety, can poison a wealthy school, too.

Carter points to once-competitive, sports-obsessed Hinsdale High School, located in an affluent Chicago suburb. After a bullying victim killed himself, the school began a deliberate “re-culturing.”

“Now,” the author explains, “it’s one of the most gentle, congenial, truly lovely places where you’ve got these joyful, confident children who, because they are so happy with each other and they feel so safe, feel safe to take risks to achieve great things.”

MinnPost caught up with Carter recently. An edited version of that interview follows.

MinnPost: If culture is key, how do you seed it?

Samuel Casey Carter: All schools have a character point that insinuates itself into the identity or the character of the children in the building, for good or for ill. The question, then, is how is it that great school cultures harness student character to drive positive outcomes. 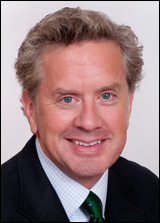 School cultures begin in response to a need. Then people get together and they identify a very coherent vision. And then principles — as few as possible — that are specific to how they are going to articulate that vision.

The rest of the work is broadening, bringing along as many people as possible, in an insistent, consistent and persistent shared practice that then influences those principles. That then creates new behaviors, new ways of speaking that become virtuous cycles: This is the way we do things in this school. This is our way of life. This is what it looks like. This is how we talk.

That insinuates itself into the character of the kids. They not only learn what is good, what’s the vision, but they learn that they, themselves, are good. And that’s the transformational part that great school cultures harness to drive incredible outcomes. Pretty cool, isn’t it?

MP: Minnesota’s largest school district, Anoka-Hennepin, has recently suffered a spate of suicides, some involving anti-gay bullying. Can you talk about culture issues in schools that are not struggling with high poverty?

SCC: Unless we focus on school cultures that have a very particular vision of what they want to produce, schools will always be just an amalgam of unintended consequences and, more often than not, outward expressions of the pressures in the system.

The lessons in “On Purpose” really need to be understood deeply by people no matter where they teach. Because the fact of the matter is we need to use our human creativity to identify what the problem is in the culture at large and to create a school culture that will focus children on truly understanding their life’s purpose in a positive way.

Knowing who they are and what they do well, they can contribute to their own happiness and to the happiness of others — which is also going to make them spectacularly productive people in the free democratic society who understand how to tolerate the differences of others, how to live freely with people who are different and how to contribute to those people’s happiness.

MP: I hear frequently from educators that you can create a strong culture in a new school, but not, say, in Minneapolis Public Schools. So because we can’t start fresh, so there is nothing of value here for us.

SCC: Let’s face that head on. The objection is fair. It is more difficult to turn around a low-performing school that has a broken or negative culture than it is to start fresh and green-field a new school. That is true.

But “On Purpose” documents private, public charter, public magnet and local public schools that did not start fresh but, in some instances, are themselves turn-arounds or are new expressions of a more coherent culture. Let’s take the positive point of view and understand that our mission is to create, is to invite greatness in others, and then create the environment in which the true, the good, and the beautiful can actually be experienced.

And then when it’s experienced, those children learn how to make it real for themselves. And this is not just hopelessly optimistic — this is a fact. This is the way that the human person works. It can see what is good, and in learning how to desire that good more intensely, and in giving people the skills to obtain and achieve that level of goodness that they, themselves, become great at what they do.

I would strongly, strongly caution anybody in America who says that we can’t do this with what we have today to say that we must. Otherwise they must leave the occupation.

MP: Are there other examples you’ve come across in your work of things that a school responded to to change an existing culture?

SCC: The professionalism of teachers is often a galvanizing force. Typically they want a new level of professionalism, so they galvanize around being a team rather than being isolated in individual classrooms.

Secondly, they often galvanize around a deeper, richer understanding of the curriculum.  They want more rigorous core content. They want to be able to engage children with questions and material in the classroom that is more demanding than what they have been doing.

MP: Is it harder to graft the new vision onto the adults in a building than onto the kids?

SCC: The question is so good because it’s so charged. The response would be that if it’s grafted on it will likely suffer the fate of the big tree in the Gospel that bears no fruit and is thrown into the fire. Rather it more comes from within.

So the way I would answer your question is you don’t graft it or laminate it on the kids. Rather you model it so they might voluntarily choose it for themselves.

We all strive for the good, whether that be apparent or real. We need to create real goods in schools that children really strive to obtain rather than this maelstrom of minutia that we have children pursue all day long. We should hardly be surprised that kids don’t know why they’re going to school and then eventually check out and don’t have a great interest in being there.

This is the school leadership question of the next 10 years, because it is only by creating great school cultures where children truly achieve great things —  and a whole variety of great things — that children in the United States of America will then be competitive. Right now, we are dead last internationally by the time we get to 12th grade.

We need to have everybody in our country wake up and understand the message isn’t that we’re just failing inner-city, low-income children by not providing them adequate choices. We need our entire school system to step up its game to provide truly great teaching and learning so that kids can be competitive in the 21st century. Otherwise, my very own daughters, 11, 9 and 7 years old, are going to have college places and jobs taken away from them by children in Mumbai, Bahrain and Abu Dhabi.

A corollary to this international competitiveness is our domestic security. In order to live in civil society, in order to live in a free democratic republic, you must be educated. If we don’t solve this now, our own democratic experiment is at risk. It will fail because we will not have the basic skills required to live with each other.

So much character education actually undermines its stated purpose. Unless we have children who are strong enough in their own personal character to be able to engage somebody else’s differences, they will not be equipped to live freely in a democratic society, let alone be competitive internationally.