News
Learning Curve
MinnPost’s education reporting is made possible by a grant from the Bush Foundation.
Feb. 7, 2011

He may not have shown them the money, but Gov. Mark Dayton got high marks from school district leaders and policymakers for the seven-point education plan [PDF] he released Friday. In particular, educators praised the emphasis the governor placed on early-childhood education and kindergarten readiness as a means to closing the achievement gap.

“It’s all really about early-childhood education, about early literacy,” he said. “And that’s absolutely critical. We spend an awful lot of time trying to fix things in the middle.”

“I’m very encouraged that this is how he sees education,” agreed Jim Koppel, director of the Children’s Defense Fund of Minnesota. “I hope a core part of many of his reforms is that they be child- and 0-5 focused.”

The achievement gap is best addressed at birth, said Jeff Olson, superintendent in St. Peter and chairman of the board of the Minnesota Association of School Administrators. “You know what they say, you learn to read and then you read to learn,” he said. “Having some additional funding and focus would mean we could work to get even more of our students ready for kindergarten, and then ready to read. Once they’re reading, they’re more likely to achieve at grade level.”

“I like the idea that it’s being put forth on a statewide stage,” Olson added.

Funding questions left unanswered for now
Dayton reiterated his campaign-trail pledge to increase K-12 funding, but refused to answer questions about where, in the face of a $6.2 billion deficit, he’ll find the money. Details will have to wait until he releases his proposed budget Feb. 15, he said.

Early-childhood-education advocates have long complained that preschool and kindergarten readiness get short shrift because Minnesota primarily has addressed pre-K as a welfare issue. Preschoolers would be better served if it were formally incorporated into the state’s education apparatus, many insisted.

Dayton will place Education Commissioner Brenda Cassellius in charge of early-childhood initiatives, revive the Statewide Early Childhood Advisory Council and re-establish the Children’s Cabinet. He will also target all-day kindergarten and seek to create into a comprehensive pre-K-12 system in the state. 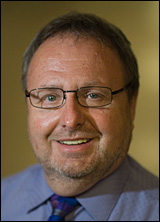 “I think we have a leader there who is capable and hard-working,” he said. “But to go to early childhood and all-day K is going to cost money. You need twice as many teachers or educational assistants and more classrooms.”

Lester cited his own district’s attempt to close its gap by focusing on preschoolers. It’s absolutely the right approach, he is convinced, but he has had to scrounge for funding over the years.

On that score, Anoka-Hennepin Superintendent Dennis Carlson praised Dayton’s decision to establish a Governor’s Commission on Better School Funding and in particular word that the panel will involve financial analyst Tom Melcher, director of the Education Department’s Program Finance Division.

“I can’t think of anyone more respected by the superintendents and the Legislature,” said Carlson. “He comes in with options, always. This time, he’ll be invited to the policy table.”

In Carlson’s experience, Melcher is adept at pinpointing places where there’s budgetary flexibility or room for simplification.  “To have sat in the seat where he has sat for so many years, he knows where we haven’t done everything we could,” the superintendent said.

Governor seeks structural changes
Dayton conceded Friday that the funding commission would not be able to make fiscal magic during the two months between now and when he would like to hear its first ideas. But education finance has been plagued with inequities and inefficiencies for a long time, he said, and structural changes are long overdue.

Dayton also drew praise for plans to reduce the number of standardized assessments students take and make sure that the tests administered measure individual student growth, to create alternative pathways to teacher licensure that maintain teacher quality and to establish a statewide teacher performance evaluation and development system.

“I think it’s critical to get a handle on tests,” said Carlson. “You can talk accountability all you want, but there are too many tests.”

Educators have long been frustrated with the Minnesota Comprehensive Assessments. Because they do not yield useful data about individual students, most schools also administer a second, “value-added” test. As a result, teachers spend too much time preparing students for tests at the expense of arts, physical education and other experiences that are crucial to children’s development.

Administrators are anxious to hear how Dayton proposes to increase funding, but noted that many of the initiatives the governor announced are long overdue, long-term undertakings. Even if fiscal realities remain grim, the plan still has tremendous value, they agreed.

Did you hear that, Gov. Dayton? Sounds like your first solid A.