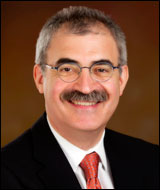 On Wednesday, the Minnesota State Colleges and Universities system board of trustees selected Steven Rosenstone as MnSCU’s next chancellor. The 59-year-old Rosenstone will take over Aug. 1 for James McCormick, who is retiring after a 10-year-long run.

While MnSCU’s chancellors have traditionally had lower profiles than top leaders at the University of Minnesota, it’s not because of the degree of influence they wield. The system Rosenstone will helm is made up of 32 institutions — ranging from community colleges to universities enrolling more than 434,000 students in credit- and non-credit courses leading to certificates, doctorates and everything in between.

Some of those learners are spending time at a two-year college getting ready to go on to a four-year school; some are there to retrain for a new job in an increasingly high-tech job market; still others are indulging their lifelong love of learning. Some 180,000 are there receiving customized training requested by 6,000 Minnesota employers.

In short, his new job is one where he will have the power to help shape Minnesota’s workforce, its ability to compete economically and the quality of life enjoyed by prospective learners in communities large and small throughout the state.

He came to the University of Minnesota in 1996 to serve as dean of the College of Liberal Arts. First in that capacity, and then in 2007 as vice president for scholarly and cultural affairs, Rosenstone has led numerous university systemwide initiatives, including the national conference on Keeping Our Faculties of Color and task forces on scholarships, private fundraising, and long-term financial strategy.

Rosenstone is the father of three, a member of the board of directors of the Guthrie Theater and already an impassioned advocate for MnSCU’s varied institutions of higher learning. He took a little time out from transition planning yesterday to share some of his thoughts with MinnPost. Excerpts of that conversation follow:

MinnPost: Thank you for making time to talk during a very busy week. What have the last few days been like?

Steven Rosenstone: I had to call my boss, Bob Bruininks, last week to say I was a finalist for this job and I had taken the liberty of using his name as a reference. I feared his reaction would be, ‘You traitor!’ But he said, ‘What a great opportunity for the state.’

That’s the exciting thing about this. We can do something to contribute here in our home.

MP: Can you tell us what you already know about the strengths of MnSCU’s member institutions, as well as the challenges you expect to confront?

SR: They play an absolutely crucial role in our economy, preparing young people for the workforce and adults who are transitioning into new jobs. They provide access to students across the state, some of whom are ready for four-year institutions and some who are not quite ready. And if we can’t provide Minnesota’s economy with brilliantly creative graduates, we’re in trouble.

In terms of challenges, the budget cuts of the last decade have outpaced enrollment growth. …. Adjusted for inflation, MnSCU schools have 40 percent less to spend. We need to find a way to continue to provide access to all Minnesotans, and to provide excellence and not put more and more of the burden on students. It’s a huge challenge.

I truly believe we need to be thinking across the system for opportunities for collaborations, for new ways of doing business. There are possibilities on a couple of fronts, such as back-room operations like IT departments, libraries, financial-management systems and the like. We need to be having some very deep conversations about how to work together.

I’ve had some wonderful conversations in the last week with incoming University of Minnesota President Eric Kaler. I put it this way to him: “One way or another, I want to be your partner.”

MP: What most excites you about this job on a personal level?

The presidents across the system, the leadership team James McCormick built, the vice chancellors and the MnSCU board — they’re all willing to pitch in and get things done.

Being part of a team that’s doing something exciting and meaningful to people’s lives? If that’s the spirit we can do our work in, it’ll be great to get out of bed every morning.