News
Learning Curve
MinnPost’s education reporting is made possible by a grant from the Bush Foundation.
March 29, 2011 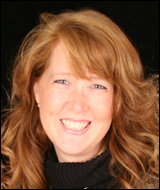 Ostensibly, this video of Ali Carr-Chellman is about using computer gaming to engage boys in schools. And Carr-Chellman, a professor of instructional systems at Penn State’s College of Education, does get there by the end of the 12-minute talk she delivered last fall to TED. But it’s the first 10 minutes I’d like to write about.

(You know TED: The once-invitation-only conclave of the best minds in technology, entertainment and design — T.E.D. — that has morphed into a global campaign to capture and disseminate “ideas worth spreading.” You don’t know TED? Be forewarned: Major, major Internet distraction.)

The idea of gaming as effective instructional technology is gaining traction elsewhere, and Carr-Chellman sells it convincingly. But it’s not the reason I think you should refill your coffee mug and click here.

On the way to its point, the professor’s talk delivers a terrific tutorial on how the culture of the modern American school fails kids, and in particular the stereotypical modern American boy. The gist: When a system is overtaxed and rigid, compliance is prized above all. (Carr-Chellman goes to some length to make sure we realize that even grouped by gender, boys and girls are hardly all alike.)

Suppose a boy who is asked to write something wants to write about a video game or a story involving a  destructive tornado, say, instead of something peaceful, like poetry: “They’ll ask you, in all seriousness, ‘Should we send this child to the psychologist?’ The answer is no, he’s just a boy.”

A boy under pressure to meet the often age-inappropriate expectations of a system dominated by high-stakes tests: “Kindergarten is the old second grade,” Carr-Chellman observes, when one used to begin asking boys to read.

So why are we surprised when kids have trouble engaging with classroom materials that are pretty dull compared to their very challenging recreational pastimes? “They don’t have the depth, the rich narrative, that really engaging video games have,” she posits.

Sticking with complex challenges
This rings so true. The boys of my most intimate acquaintance groan their way through their busy-, er, homework, only to stick with the most complex digital challenges simply for the pleasure of getting to the next level or earning “points” to be spent on accessories for their avatar.

Of course, most of our kids have been conditioned to see games as desirable and school as something to be endured.

“Games, really good games, cost money,” the professor explains. “And World of Warcraft has quite a budget. Most of the educational games do not.”

(Hat tip to former Minneapolis School Board member Chris Stewart, aka @Chrisinclass, who may or may not agree with my take on the talk he recently posted on Twitter.)