News
Learning Curve
MinnPost's education reporting is made possible by a grant from the Bush Foundation.
March 22, 2011

The first two items in the 118-page omnibus K-12 education finance bill being discussed last night at the state House of Representatives would change the way proceeds from mineral rights on school land trusts are handled — so dry and technical as to be all but impenetrable.

The other 31 provisions: Mostly political dynamite, some of it brand new to outgunned DFL lawmakers and much of it likely to be targeted for veto by Gov. Mark Dayton.

In addition to huge changes in the way schools are funded, the bill would do away with traditional teacher tenure, give some low-income students vouchers for private schools, cap special-education funding, bar strikes by teachers during the school year, create an A-through-F system for grading schools and impose new high-stakes tests on students.

It would also force the Perpich Center for Arts Education, currently a state agency that operates a much-lauded arts-focused high school and serves a number of statewide arts-related functions, to either become a charter school or close within two years.

“This is Act 1 of a five-act play,” said Charlie Kyte, head of the Minnesota Association of School Administrators. “I see little chance of adoption by the governor. I’m thinking there’s at least one more round of talks, if not two or three.”

What makes Kyte think compromise might be possible? Lawmakers this year reversed the order in which they do business. Instead of considering policy issues first and budgetary ones in April, near the end of the session, this year any measures that will have a fiscal impact are on the table now.

That could leave time for lawmakers to work out the differences between the House and Senate versions of the omnibus bills, go back and forth with the governor — and even go back a few steps if, as Education Commissioner Brenda Cassellius hinted yesterday during an appearance before the House committee, Dayton vetoes the package.

‘Innovation funds’ would replace integration aid
In a move that would have an outsized effect on schools in Minneapolis, St. Paul and Duluth, integration aid, the money districts are supposed to use to pay for desegregation efforts, would be replaced by “innovation funds,” which would be distributed according to a dramatically different formula. That would spell the end of inter-district transportation, and in turn the end of several multidistrict schools, including the East Metro Integration District from which Dayton plucked Cassellius. 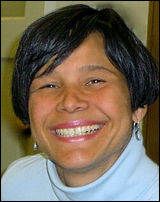 This shift alone would cost St. Paul $14 million and Minneapolis $20 million in a year when it’s unclear how either district is going to balance its budget.

On top of that, urban districts would also be hard hit by a proposed change to the way compensatory aid is distributed, and by a provision that would give small schools, defined as those that have 1,000 students or fewer, more funding than large ones. Although it would affect all schools, in practice this measure would beef up funding for charters at the expense of larger mainline public schools.

Also problematic: A cap on state special-education funding could mean more red ink for districts, which are barred by law from cutting services.

Finally, the ranking DFLer on the Education Finance Committee, Rep. Mindy Greiling, accused her GOP counterparts of hiding the true cost of the package to schools by using a biennial accounting method that departs from the way shifts have traditionally been presented.

A probable veto for tenure changes
At least one provision is likely to attract both bipartisan support and a gubernatorial veto: In addition to instituting a statewide evaluation system for teachers and principals, the bill would dramatically alter teacher tenure. After a three-year probationary period, teachers deemed proficient would be extended five-year contracts. When each lapsed, teachers who were performing well and making progress on a professional development ladder would be offered another.

“I think the governor will veto that,” said Kyte, who supports the measure. “We need to do a better job at protecting our best performers, but we are long past the time when we need to find a way to move some ineffective people out.”

Tenure reform is one place where there is surprising room for compromise. Dayton, Cassellius and Education Minnesota are at work on their own evaluation proposal.

Last year, of course, the ideological chasms dividing education reformers and Gov. Tim Pawlenty resulted in the legislature failing to pass an omnibus education bill. This year, the extra month — and dire financial realities — might mean things work out differently.

“We are a long way from any end game,” Kyte said. “I know this is going to need a lot of smoothing and a lot of work.”