News
Learning Curve
MinnPost’s education reporting is made possible by a grant from the Bush Foundation.
May 11, 2011 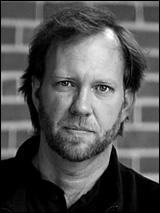 You wouldn’t know it from reading local media, but in recent weeks the University of Minnesota has become Ground Zero in a high-stakes controversy over academic freedom. A number of faculty members have accused the administration of trying to silence a professor who has repeatedly drawn national attention to research protocols he charges are unethical.

It would appear that the simmering dispute is about to become a full-on conflagration.

Last fall, the magazine Mother Jones published a lengthy investigative article penned by Carl Elliott, a U of M bioethics professor and highly respected author of two books. The most recent, “White Coat, Black Hat: Adventures on the Dark Side of Medicine,” expands on the controversy.

A terrific, if horrifying, read, the Mother Jones story documents the 2003 death of a mentally ill man who was enrolled under questionable circumstances in a clinical trial at the U of the psychiatric drug Seroquel. The gist: Under pressure to find more participants for the lucrative trial, researchers enrolled Dan Markingson despite the fact that he had repeatedly threatened to kill his mother. Within six months, while he was still in the program, Markingson stabbed himself to death with a box cutter.

“As a patient on public assistance, Dan’s treatment would have normally generated little income for the university. Under its arrangement with AstraZeneca, however, the psychiatry department earned $15,648 for each subject who completed the CAFE study. …

“In fact, during the months before Dan was enrolled, the department was apparently feeling pressure from [the contractor] that managed the study to step up recruitment. According to emails written by Jean Kenney, the university’s study coordinator, the site had been placed on probation for its recruitment problems, and they were still ‘struggling to get patients.’ …

“That began to change in April 2003, when the psychiatry department established a specialized inpatient unit at Fairview hospital called Station 12, in which every patient could be evaluated for research.”

After the piece was published a group of faculty members asked the university Board of Regents to order an independent investigation. In February, the regents declined.

After reviewing the minutes of the meeting, still other faculty, including the president of the Minnesota chapter of the American Association of University Professors, decried Rotenberg’s question as inappropriate.

The “committee’s last meeting seemed to be presuming that the claims made against the researchers were false,” philosophy professor Naomi Scheman wrote to Elliott, according to Corporate Counsel magazine. “The committee cannot work on that highly prejudicial presumption. It is precisely what is at issue in the case.”

Most recently, Rotenberg defended his remarks in an interview with the Chronicle of Higher Education. “The faculty, as a collective body, should take an interest in attacks on their members that serve to deter or chill controversial research,” he told the paper.

What Scheman and others heard, in essence: Silence Elliott in the name of academic liberty.

As reported by the Hastings Center on bioethics, which has followed the controversy, many attended the next meeting of the academic freedom committee on April 22.

‘Trying to turn the tables’
“Philosopher and historian of science Ken Waters,” the magazine reported, “was just as concerned. ‘The university’s general counsel planted a false question, the implicature of which [the committee] seemed to be uncritically accepting (that Carl was advancing factually incorrect claims),’ he wrote to me in an e-mail. ‘And in planting the question, the counsel was trying to turn the tables and squelch my colleagues’ academic freedom by somehow suggesting that they were impinging upon the academic freedom of others.’ ”

More details can be found on a blog maintained by pharma critics and closer to home by university-watchers at The Periodic Table.