News
Learning Curve
MinnPost’s education reporting is made possible by a grant from the Bush Foundation.
June 9, 2011

In 1998, two years before she first ran for a seat in the Minnesota Senate, Michele Bachmann was a virtual unknown, an education activist on a mission to get rid of a set of then-new state graduation requirements known as the Profiles of Learning.

Bachmann opposed the requirements because of their content, but also for more general reasons. She feared that the policy’s implementation, coupled with a state program promoting work-force preparedness, would turn Minnesota’s schoolchildren into automatons and serve as the first slippery step toward federal control over local schools. 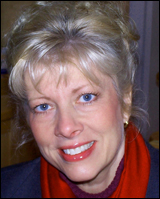 Bachmann’s passionate opinions caught the attention of a like-minded woman named Renee Doyle, whose experiences serving on a school board in south-central Minnesota led her to found a group called the Maple River Education Coalition. Other members included Julie Quist, wife of two-time gubernatorial candidate Allen Quist, and a pediatrician and religious activist named Karen Effrem.

They joined forces and, in 2003, succeeded in defeating the graduation standards. (And gaining a little notoriety: Then-Gov. Jesse Ventura described them as conspiracy theorists who “think UFOs are landing next month.”

Helped Bachmann in campaigns
The group helped Bachmann win election to the state Senate in 2000. In 2005, when she began campaigning for a U.S. House seat, it raised money for her.

Presumably grateful, Bachmann delivered the keynote address to the group’s first (and possibly last) national convention, held here. Her topic: How gay marriage — something she’d crusaded unsuccessfully against in the statehouse — would ruin public education.

(Quist and Bachmann both enjoy ties to Bradlee Dean, the anti-gay minister whose morning prayer, complete with a slur against Obama, was wiped from the Legislative record last month.) A letter from Quist to Dean is below: 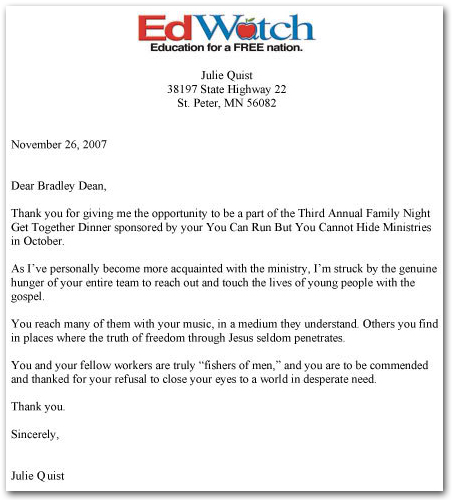 A year after Bachmann joined Congress, she hired Julie Quist to run her district office. Last fall, she hired Doyle as a legislative assistant.

In 2003, the coalition changed its name to EdWatch, “to more accurately reflect the organization’s growing national influence.” In January of this year, it changed it again to Education Liberty Watch. Effrem, who opposed requiring the vaccination of schoolchildren, mental-health screening and kindergarten preparedness, took over.

Succeeded in killing GOP-authored pre-K initiatives
In March, in a move reported in this space earlier this week, the new president convinced several GOP state lawmakers to scuttle a number of GOP-authored, revenue-neutral pre-K initiatives including a preschool quality-ratings system, privately funded scholarships for low-income kids and consolidation of the state’s programs in one cabinet agency. The grounds: Early childhood education is anti-family. 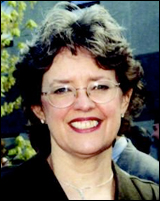 The nutshell version, borrowed from the story posted here Tuesday: “The accepted research that sold the aforementioned list of business leaders on the idea that investing in early ed would provide handsome returns? Education Liberty Watch disagrees, offering research of its own showing that ‘intact families and high levels of religiosity’ are the key to closing the academic achievement gap.

“To that end it is better, the group holds, to cut taxes ‘so that one parent can afford to stay home and raise children’ and to “support intact families’ by reforming welfare policies and no-fault divorce laws.”

Some readers of that story wondered how it was that Effrem, who is not registered as a lobbyist and whose nonprofit does not appear on the state’s charities registry, had such power. Other readers wrote in to suggest that the group’s longstanding relationship with Bachmann might be calling card enough to open enough doors to kill legislation boasting powerful backers throughout the party, the Chamber of Commerce and the local corporate community.

Legislators who carried the bill
The Senate bill to kill the quality ratings system was carried by Lakeville GOP freshman Sen. Dave Thompson, who was a member of EdWatch’s board of directors, and by Sens. Pam Wolf, a teacher from Spring Lake Park, and Roger Chamberlain of Lino Lakes.

Its House counterpart was authored by Reps. Mary Franson, a licensed child-care provider from Alexandria, and Steve Drazkowski of Mazeppa.

The day before the end of the recent legislative session, Effrem posted a note on Education Liberty Watch’s blog asking supporters to call the lawmakers to thank them and to urge them to stand firm in the face of news that Minnesota’s failure to pass the measures would probably cost it a share of a new round of federal education stimulus funding.

The day after the Legislature adjourned, onetime Republican Senate Minority Leader Duane Benson, head of the business-backed Minnesota Early Learning Foundation (MELF), which piloted the early-ed quality ratings system and created the scholarship fund in question, penned his own note, this one to every lawmaker.

Duane Benson’s letter to lawmakers
Benson’s letter follows. Which voice is heard more loudly when lawmakers begin their special session next month appears to be very much an open question.

Throughout the session, Education Liberty Watch (ELW) has made claims, including those made in a recent note to Republican legislators, so riddled with misstatements that it is hard to know where to start.  While it’s hard for me to believe legislators could believe such outlandish falsehoods, I am ever mindful of Mark Twain’s words: “A lie can travel halfway around the world while the truth is putting on its shoes.”

So, we’re putting our shoes on:

ELW Misstatement:  MELF itself says no one knows if quality ratings improve program quality and child outcomes. MELF tested a variety of early education reforms in pilot areas and rigorously evaluated the results. Here is what we found: First, children in highly rated programs showed significant gains in expressive and receptive vocabulary, phonological awareness, print knowledge and social competence. This progress is very exciting. Second, we have found that the Parent Aware Ratings and the rewards associated with them are successfully convincing providers to improve their early education quality. Over a two year period in St. Paul, the number of 3- and 4-star rated programs in and near the pilot area increased more than 55 percent.   Throughout the pilot areas, the number of rated providers increased each year the Ratings were in use. Finally, 65% of fully rated providers improved their ratings the second time they sought ratings. Licensed family child care providers gained a full star upon re-rating, while center-based programs saw a one-half star improvement. These results are game changers. These results are why we have made a rating system our top priority.

ELW Misstatement:  Ratings are unpopular with parents and child care home providers. As for parents, a Morris survey found that 96% of Minnesotans across the state agree that “parents should have access to the best available information to help them find the best places for preparing children for Kindergarten.” For the other 4% who don’t want the information, they are not forced to use it. As for child care providers, every provider can choose for themselves whether to participate, because the initiative is 100% voluntary. But among those who have volunteered to be rated, 92% say that the Parent Aware program improved their quality, and over time more are volunteering (almost 400 so far). But again, no one is forced to volunteer.

ELW Statement:  Reforms constitute burdensome regulation. Under a traditional regulation model, businesses are mandated to do things or they get punished. The Parent Aware Ratings are nothing like this traditional regulatory model. The ratings are 100% voluntary, and those who volunteer to participate are given a number of rewards, such as a quality coach and the business of quality conscious customers in the free market economy. This is hardly traditional regulation, but for those who still find it burdensome, they don’t have to participate. As for scholarships, almost all (95%) of providers caring for families with scholarships said that the paperwork and administrative processes associated with scholarships were minimally disruptive to services, compared to 64% who said that of traditional government assistance (Child Care Assistance Program, or CCAP).

ELW Statement:  This is about promoting unionization of child care workers. There is a lot of competition, but this might be the most bizarre statement of all. Nothing about ratings or scholarships makes it more or less likely that child care workers would unionize. If ELW’s assertions were true, do you really think the Minnesota Chamber of Commerce, and the Minnesota Business Partnership would be so enthusiastic about these reforms? The Loon-Michel (HF 669, SF 331) proposals have absolutely nothing whatsoever to do with unionization.

ELW Position:  Scholarships shouldn’t be tied to quality ratings.  During difficult fiscal times, legislators obviously want to get the most return-on-investment (ROI) for every taxpayer dollar. Economists have found a 16-to-1 ROI, but only if we invest in the type of high quality care that actually prepares children for kindergarten. When we’re not investing in quality early education, there is no 16-to-1 return. In fact, research suggests that investing in low-quality early education can actually set children back. Minnesotans understand this. That’s why 73% of Minnesotans agree that “we should only allow tax dollars to be spent on early childhood education providers who have proven they are effective in preparing children for kindergarten.”

ELW Misstatement:  Only Democrats and the business community want early education reforms. This attempt at making this bipartisan issue partisan is baseless. A broad coalition of Republicans, Democrats, Independents and the business community all support early education reforms proposed by Republican Assistant House Majority Leader Loon and Republican Deputy Senate Majority Leader Michel. Moreover, according to a December 2010 survey by Republican pollster William Morris, 82% of Minnesotans – including seven out of ten Republicans in every region of the state — agree “It is important for all legislators to find ways to improve Minnesota children’s kindergarten readiness, even if additional funding is not available.”

I hope this information is helpful to you, and urge your support of the Michel-Loon early education reforms. If you have questions, please let me know.