News
Learning Curve
MinnPost’s education reporting is made possible by a grant from the Bush Foundation.
June 7, 2011

For the first few months of the recently concluded legislative session, a handful of early-childhood-education initiatives enjoyed near-universal acceptance. Backed by stacks of research, requiring exceptionally modest funding or none at all and blessed with the endorsements of both political parties as well as a power-packed roster of business and civic leaders, the measures seemed the only likely shoo-ins of the session.

House and Senate GOP leaders weren’t crazy about aligning themselves with an issue high on Gov. Mark Dayton’s agenda, but the party was helped over its discomfort by the backing of the Minnesota Chamber of Commerce and current and former executives from Best Buy; General Mills; Cargill and the Cargill Foundation; UnitedHealthcare; Ecolab; Robins, Kaplan, Miller & Ciresi; Blue Cross; 3M; Medtronic; and Piper Jaffrey, as well as a host of foundations.

Still, in the wee hours one night in late March, the early-ed initiatives were stricken from the state House of Representatives’ omnibus education bills. With such controversial items as vouchers, an end to traditional teacher tenure and tectonic shifts in school funding also in the air at the time, their spiking generated scant notice.

Now, with dents made in their sleep deficits and a fresh round of sausage-making on the horizon, policy advocates, lobbyists and reporters have had a chance to ask, with seeming consensus about the importance of pre-K, just where did the opposition come from?

The Minnesota Family Council didn’t much like the bills, which included a preschool quality-ratings system, privately funded scholarships for low-income kids and consolidation of the state’s programs in one cabinet agency.

Headquarted in Maple Grove
But the real opposition came from a little-known organization called Education Liberty Watch, mostly in the person of its president, Dr. Karen Effrem. Headquartered in Maple Grove, the group opposes any state role in early education — even, during the last budget cycle, opposing kindergarten readiness assessments and preschool screening.

The accepted research that sold the aforementioned list of business leaders on the idea that investing in early ed would provide handsome returns? Education Liberty Watch disagrees, offering research of its own showing that “intact families and high levels of religiosity” are the key to closing the academic achievement gap. 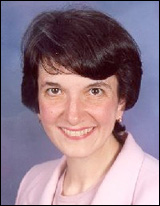 To that end it is better, the group holds, to cut taxes “so that one parent can afford to stay home and raise children” and to “support intact families” by reforming welfare policies and no-fault divorce laws.

Founded in 1998 as the Maple River Education Association, the organization’s initial target was a set of state education standards known as the Profiles of Learning.

Changed its name in 2003
In 2003, the group, whose officers included erstwhile gubernatorial candidate Allen Quist and his wife, Julie, changed its name to EdWatch “to more accurately reflect the organization’s growing national influence.”

Late last year, “key members of the EdWatch board had been called to other places and roles in elected office or as staff for other major federal office holders that understand the dangers of the radical transformation of our society that is taking place through education,” according to Education Liberty Watch’s website.

Pediatrician Effrem, a longtime activist with the organization, took over. If her name sounds at all familiar, it’s likely because she played a similar lobbying role some six years ago, opposing laws requiring children to be vaccinated before they can enroll in school.

‘Perverse incentives’
Effrem testified before the legislature several times during the recent session, on topics ranging from the importance of the two-parent family to the dangers of early ed and the “perverse incentives” privately funded scholarships would create for the poor to allow their children to be raised by others.

Education Liberty Watch’s official presence is relatively low. A PayPal button on its website promises contributions are tax deductible, and the group is registered with the Minnesota Secretary of State’s Office as a nonprofit. It does not, however, appear in the state Attorney General’s database of charities soliciting in Minnesota. (There are some organizations that are not required to register with the AG’s Office, but most do anyway, in the hope of appearing trustworthy to potential donors.)

Effrem is not registered as a lobbyist, which might be because she is paid less than $3,000 a year to influence lawmakers, spends less than $250 or fewer than 50 hours a year in efforts to do so. Whether she is paid is hard to say, in part because the group does not show up on Guidestar, the database that tracks IRS nonprofit reporting forms which would reveal such data.

A policy consensus — until late March
Just how she and Education Liberty Watch came to have enough power to undo a seeming policy consensus is unclear. Early-ed lobbyists say the bills had the backing of House and Senate GOP leaders until the point in late March when numerous education initiatives were consolidated into two omnibus bills.

Exercise influence they did, however. A dozen Republicans threatened to vote against the umbrella legislation unless the statewide expansion of a preschool quality-ratings system piloted by the Minnesota Early Learning Foundation (MELF) and several other early-ed initiatives were scuttled.

Passage of the measures would have positioned Minnesota well in the running for a new, third round of $500 million in pre-K-focused federal Race to the Top grant money — also opposed by Education Liberty Watch as a step toward federal control of education.

There’s more: Check back in this space soon for a rundown of the arguments the group used to win over the holdouts, as well as a rebuttal MELF provided to lawmakers the day after the session ended.