News
Learning Curve
MinnPost’s education reporting is made possible by a grant from the Bush Foundation.
July 21, 2011

For a measure that was supposed to have been stripped of all policy measures, the 148-page K-12 education bill lawmakers approved early Wednesday morning, scarcely an hour after it was released, contains an awful lot of specific, prescriptive language laying out how Minnesota school districts and their staffs are to go about their business.

As expected, the hydrogen bomb at the center of it is the nonpolicy decision to balance the budget by allowing the state to withhold 40 percent of education funding for a year after it’s due, and nothing even approximating a roadmap for paying it back.

And the devastation the shift will cause is where most of the educators canvassed on Wednesday would like the public’s attention to stay, given that the cumulative deficit it has caused is about an eye-popping $3 billion. That’s some $3,000 per pupil, or more than half the annual general fund appropriation.

The rest hardly makes up for the pain. The compromise gives individual GOP lawmakers things to point to that are tout-able, if not the bold moves they called for. Gov. Mark Dayton scores some wins and a modicum of influence over how “policy” is shaped next year. Teachers get some reassurance that although they are still this year’s doppelganger, the governor is scrambling to have their backs.

Noticeably absent from that list: the Legislature’s DFLers, whose regular-session wish list looked very different from the final compromise, and who were not at the sausage-making table.

First, the biggies beyond the shift:

Nothing from the Working Group is in
None of the hard work of the politically diverse Education Finance Working Group, appointed by the administration in March to come up not with new money per se but with structural fixes and efficiencies to begin to pry Minnesota out of the funding quagmire.

Perhaps instead its 25 pages of long-overdue policy prescriptions were burned in the Capitol parking lot around 1:14 a.m., the supposed hour of white smoke.

Among other things, the report had ideas for reforming the state’s integration revenue program, money that is paid to districts to finance compliance with the state’s desegregation law. Instead, that money will disappear in 2013. Gone, too, is the deseg law, which has been replaced by a clause noting that the state “does not condone” segregated schools.

It’s not pocket change; St. Paul’s share next year will be some $16 million to $18 million, or more than half the amount it will have to borrow to deal with the shift.

The GOP had originally wanted to redistribute the money, which now goes to most districts but disproportionately to Minneapolis, St. Paul and Duluth, statewide as “innovation grants.” While there is much in the bill that can be described as money earmarked for innovations, the decision how to replace integration revenue will be tackled next.

The bill mandates the creation of a 12-person panel to formulate recommendations by next February. Six members will be appointed by Education Commissioner Brenda Cassellius, three by House leaders and three by something called the Subcommittee on Committees of the Committee of Rules and Administration, which sounds like a Monty Python skit but is in fact a state Senate body. 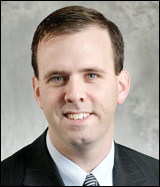 This one goes to Republican House K-12 Finance Committee Chair Pat Garofalo of Farmington, although it’s likely he went home feeling like it was only a first step.

Teachers, principals to be evaluated
Teachers and principals will be evaluated, and those not performing will lose their jobs. The methodology used to assess principal performance is broad enough to drive a big, yellow bus through, while the system laid out for evaluating teachers is a little clearer.

School boards and unions must agree on a teacher evaluation process that meets a series of parameters: 35 percent of a teacher’s score depends on student performance on so-called value-added tests; they are also to be assessed according to data on student engagement and commitment; and are encouraged to create portfolios of student work that they feel shows growth.

Districts that can’t or choose not to come up with their own specifics for meeting that criteria can use state guidelines to be produced by a very large committee that includes representatives not just of education and teachers’ organizations, but of parents advocacy groups and business community outfits like the Chamber of Commerce.

Substandard teachers will be given support to get up to par and a clear timeline for doing so.

Not the system either party wanted
Dayton warned DFLers during his campaign and after inauguration that he was not in lockstep with them on the topic of reforms involving teachers and their unions. And this is not the teacher evaluation system either party wanted, even though much of the language came out of a bill authored by Rep. Kathy Brynaert, a Mankato DFLer, that never so much as made it out of committee.

(It does hew closely to changes suggested by Education Minnesota at the start of the session.)

It is also not hugely far from the teacher evaluation systems used in places generally acknowledged to be getting it right, like St. Paul and St. Francis. It does not say that the test data in question come from the widely reviled Minnesota Comprehensive Assessments, and it declares data used to evaluate individual teachers’ personnel records are not public information, as in California and other states where it has been used, among other things, by newspapers to create searchable databases.

But it’s a far cry from what those districts’ leaders say make their systems work. “It’s like a hurry up and throw it together late homework assignment,” lamented Mary Cathryn Ricker, president of the St. Paul Federation of Teachers. “This could be the teacher quality legacy of our time.” 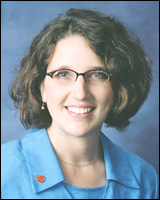 By which she means, if I hear right, had the sausage been made with more attention to detail and an overall goal not just of getting rid of bad teachers but of encouraging excellence in teaching. Had excellence been the goal, a longstanding 2 percent set-aside for teacher professional development would not have been eliminated, principals would have been clearly held accountable for teacher and student success and the bill’s language would be less “deficits-based.”

If there is a winner on this one, it’s Dayton by a nose.

Exclusion for pre-K rating system
A loss for everyone but the House Tea Partiers is the continued exclusion of a statewide system of rating high-quality pre-K programs that would have helped poor parents receiving state assistance spend their subsidies on top-flight early ed and would have positioned Minnesota for a chunk of the third round of federal Race to the Top money.

Strangely, although the revenue-neutral Parent Aware ratings did not make the final bill, $4 million in accompanying scholarships for low-income preschoolers did.

And a potentially huge loss for all, in human terms, that flew under virtually everyone’s radar screen: A provision that in essence stopped school districts from balancing their budgets by cutting anti-violence programming ranging from the in-house presence of law enforcement to student counseling is gone.

I personally dare the author of this item to step up and explain, in this space if need be, why now, in the middle of bullying and suicide crises. Seriously, show yourself and win a nice little blogging gig for a day.

Now to the smaller items:

‘Full-service’ school zones
The bill creates “full-service” school zones, in which a number of providers can reach kids and families at the school level with everything from health care to job-seeking assistance. So-called wrap-around services have made measureable improvements in classrooms in St. Paul, Brooklyn Center and elsewhere. This has Dayton written all over it.

There is language clarifying the state’s role in closing failing charters and defining conflicts of interest on their board. These items were on the wish list of the Department of Education’s staff, which has struggled with a couple of high-profile controversies.

Four-day weeks are verboten unless the DOE says otherwise.

Districts that fail to ink contracts with their unions by January 15 will no longer be fined. The GOP can count this as a mini-win until it becomes clear that sometimes contracts don’t get inked because districts have nothing but new doses of pain to hand to teachers. 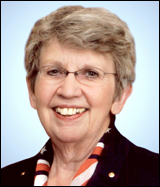 It’s a loss for schools whose students are struggling to get up to grade level, but a measure that would reward schools for getting third-graders to pass state reading tests and do even better in fourth grade seems like a bow-tied gift for Gen Olson, chair of the Senate Education Committee. Schools would get $85 times the number of “proficient” percentage points students score.

Translation: The Minnetrista Republican can use the word “incentivized” in meetings with constituents, and some schools will get enough extra scratch to buy pizza for their literate students.

More money for Advanced Placement and International Baccalaureate programs can accrue to Dayton, since it will pay for more democratic access to the classes.

Perpich Center to stay open, but with funding hit
The Perpich Center for the Performing Arts will stay open but take a funding hit; the cut in support is a win for no one and a ding in the state’s future cultural vitality.

It’s a mini-victory for both the GOP and Dayton that pots of money are to be made available for literacy at several levels. Gone is a provision mandating holding kids back if they can’t read proficiently by the end of third grade.

Strangely, the last session’s local-control rhetoric notwithstanding, the bill also takes pains to explain to educators, who presumably already understand the building blocks, exactly how they should teach kids to read.

One more loss for the state as a whole: The language in vast swaths of the compromise package might best be described as sticky. Next year is, of course, the second year of the current Legislature’s biennium, when policy matters are to be tackled. By then, policymakers on both sides of the aisle will have gotten an earful from school administrators, the folks at the DOE who field their confused phone calls and the beleaguered district-level staff who now have to figure out how to evaluate the band teacher using science scores.

If anyone would like to place a little side bet, my money is on a long, contentious session.

James Nord contributed to this article.