After six years of motions, appeals and countermotions, earlier this week a landmark trial over the constitutionality of Colorado’s school funding system opened. For the next month, a parade of education-policy notables will take the witness stand to debate whether that state’s education system is underfunded.

Why should you, Dear Reader, care about Lobato v. State, when the state in question is not Minnesota? Because at its heart, the suit is about whether a court system can order a legislature to create an adequate and equitable system for paying for public education.

Lobato’s long list of plaintiffs assert [PDF] that state funding falls a whopping $2 billion to $4 billion short of the amount that would allow schools to meet increasingly specific, stringent standards for student performance. According to Education Week, more than half of Colorado’s 178 school districts have contributed to the cost of the suit and 100 school boards have passed resolutions of support.

Represented by the state’s attorney general, defendant Gov. John Hickenlooper counters that the amount the plaintiffs consider “full funding” would bankrupt the state, and that no evidence exists tying educational achievement to a particular level of spending.

Parade of experts coming
Each side will need a hand truck to haul its expert witnesses’ CVs into the courtroom of Denver District Judge Sheila Rappaport, who will likely need a quiet stay in a sanatorium by the time she’s decided who’s right.

If she rules in favor of the plaintiffs, it’s unlikely she will mandate a particular level of funding. Rather, the judge would probably instruct the Legislature to come up with a different system. In part because Colorado law requires voter approval of tax increases, the exercise could get interesting, to put it mildly.

Because most state constitutions hold an adequate education to be a right, since 1970 45 school-funding suits have gone forward around the country. Plaintiffs have won two-thirds of the 33 cases resolved to date.

A first generation concentrated on equity, and typically involved complaints of inequalities created by disparate funding from one district to another. The most recent suits focus on adequacy per se, with schools arguing, in essence, that new standards are a kind of unfunded mandate.

Laws more prescriptive on benchmarks
Federal and state laws have become more prescriptive in terms of the number of students who must pass high-stakes tests, graduate from high school and meet other benchmarks, even as funding in most states has fallen.

In Minnesota, we have our own list of notables, including a number who have lived through relatively recent school funding suits. We also have a school-funding system that has changed significantly since any of them were headline material.

The most famous is a 1971 decision by federal Judge Miles W. Lord. In the wake of a legislative deadlock over education funding, he ruled that Minnesota’s funding system violated the U.S. Constitution’s equal protection clause and suggested the Legislature get cracking if it didn’t want him to design the fix. The special session that ensued gave birth to the Minnesota Miracle, which leveled the funding playing field between poor districts and rich ones.

More recent suits involved Minnesota’s constitution, which states: “The stability of a republican form of government depending mainly upon the intelligence of the people, it is the duty of the legislature to establish a general and uniform system of public schools. The legislature shall make such provisions by taxation or otherwise as will secure a thorough and efficient system of public schools throughout the state.”

Skeen v. State
In 1988, 52 Minnesota districts brought suit over continued inequalities in funding. The state Supreme Court decided Skeen v. State in 1993, affirming education as a “fundamental right” but concluded that basic state funding at the time was adequate.

A suit filed by the Minneapolis NAACP in 1995 alleged that Minneapolis Public Schools were not providing either an adequate or an equitable education to the city’s poor minorities. The case settled in 2000 with an agreement that the state would pay to bus certain kids to suburban districts and to create a range of programming including inter-district magnets.

Shortly thereafter, then-House Majority Leader Tim Pawlenty led a restructuring of the state tax system that undid the property-tax equalization at the heart of the Minnesota Miracle. Districts throughout the state were forced to begin cutting budgets and, when Pawlenty began resorting to shifts to balance the budget, spend down reserves and borrow.

Since then, Minnesota schools have become more segregated than they were when Lord called for equity, according to University of Minnesota Law School Professor Myron Orfield. And other states have seen a third wave of school funding suits focusing on segregation.

Ciresi-Walburn article
One figured into a pretty compelling commentary penned by Mike Ciresi and his law partner Roberta Walburn that ran in the Star Tribune in June.

“Last month, the New Jersey Supreme Court ruled that — despite a multibillion state budget shortfall — it was unconstitutional for the legislature to cut funding for disadvantaged schools,” they wrote. “The court ordered the state to increase spending for those schools by $500 million next year. 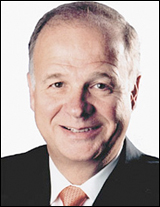 “Legislators in Minnesota should listen and not just hear. The New Jersey decision is based in part on a provision in that state’s constitution that is very similar — in fact, uses some identical language — to the Minnesota constitution.”

In addition to serving on the board of the Robins, Kaplan, Miller & Ciresi Foundation for Children and expounding passionately on the tragedy of the achievement gap, they happen to be pretty fearsome trial attorneys. Perhaps someone could save them a couple of seats in Judge Rappaport’s Denver courtroom, just in case it’s time to revisit Steen?