News
Learning Curve
MinnPost’s education reporting is made possible by a grant from the Bush Foundation.
Dec. 1, 2011

If Joseph Heller’s classic “Catch-22” isn’t currently required reading at BlueSky Online, you can bet it will be going forward. For the last three years, its staff, administrators and students have been living the novel’s most famous line: Just because you’re paranoid doesn’t mean they aren’t after you.

Last week, an administrative law judge handed the online high school 45 pages of bittersweet vindication [PDF]. Never mind repeated claims that school administrators flouted the law, during a three-day hearing earlier this fall the state Department of Education proved only a fraction of its case and should stop trying to close the school, the judge opined.

Raymond Krause, chief administrative law judge at the state Office of Administrative Hearings, stopped short of agreeing with BlueSky’s assertion that MDE’s actions were “arbitrary and capricious.” Certainly, the chronology of events detailed in his opinion goes a long way toward explaining why the school’s administrators have felt persecuted. 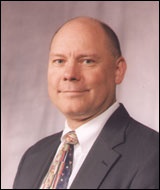 “After two years of investigation and three days of hearing that generated a voluminous record, the department established that, of the four violations alleged, BlueSky’s algebra curriculum lacked a single benchmark in academic year 2010-2011,” advised Krause.

In this case, the missing benchmark — an individual component of a larger curricular standard — involves the division of higher-degree polynomials. And BlueSky’s staff still isn’t sure whether that is mandated in any kind of official rule or is just recommended by the department.

“This violation,” Krause continued, “coupled with the fact that BlueSky graduated some students in June 2009 who did not complete all of the required social studies credits is insufficient to support finding a history of repeated or major violations of law on the part of BlueSky. …

“Even the department’s own actions call into question whether the department saw these violations as major,” the judge concluded, noting that at one point, MDE forgot about the case for eight months.

Officials at the department will say only that Education Commissioner Brenda Cassellius is reviewing the nonbinding recommendation and will decide whether to accept it within the timeline dictated by state law.

The case predates Cassellius, who would be forgiven for wanting to wash her hands of it. But there is a lot more than the future of BlueSky at stake.

For starters, it’s a “case of first impression” on a number of levels: It’s the first time the state has tried to close a charter for academic reasons; the first time MDE has conducted a formal review of a school’s curriculum; the first time both a school under the microscope and its charter authorizer, Novation Education Opportunities, haven’t blinked.

And the procedural and factual questions unresolved in BlueSky are likely to surface again. Last year Minnesota passed the most stringent charter oversight reform in the country, increasing the likelihood that MDE will again find itself investigating a school’s performance.

Finally, add to this the fact that online learning is mushrooming, which presents a challenge to a state agency that’s accustomed to assessing pretty much everything through a “seat-time” paradigm.

In operation since 2000, BlueSky bills itself as the state’s first all-online 7-12 charter school. It has an actual, physical office in West St. Paul and faculty and students spread all over the state. Before its notoriety, BlueSky had more than 900 students; today enrollment is about 400.

Test scores have hovered in the basement. Like many other online schools around the country, BlueSky’s response to critics on this point is that its student body, while all over the map academically, includes a hugely disproportionate number of kids who have tried up to half a dozen other high schools, only to drop out because of issues ranging from serious mental illness to learning disabilities that make the seat-time model impossible.

Students end up at the school for a reason. Many are single parents — the school recently graduated a 31-year-old grandmother — have substance abuse problems, legal entanglements or are homeless. One fourth are special-ed students.

Other kids have been victims of bullying or have grown fatigued with trying to “hold up” in front of other students. Some are rural residents who were homeschooled when they were younger.

Each works with a team of teachers, counselors and others who take a holistic approach to seeing that they get the support they need to stay in school.

In December 2008, as part of an online certification process, MDE reviewed BlueSky’s courses and, with the exception of Algebra II, where reviewers wanted to see more documentation, determined that they were up to snuff.

Two weeks later, however, after receiving complaints from two aggrieved school staffers, the department launched an investigation. MDE had never before conducted a curriculum review and had no guiding policies or procedures in place.

The department hired a biology professor from St. Cloud State University to conduct an audit. She withdrew a few weeks later after sending a letter to MDE in which she opined that its review process was too rushed, unfair to the school and would not in any case result in a valid assessment.

Next, MDE hired an administrator in the Anoka-Hennepin School District with some expertise in online curriculum, this time providing a four-week deadline and no specific procedures.

The new reviewer concluded that BlueSky’s algebra offerings did not meet state standards. Although there is no requirement that schools spend a particular amount of time on any topics, the reviewer did not believe the math courses spent enough time on quadratics.

The reviewer had some other issues, but none serious enough, in Krause’s opinion, to justify the department’s response, which was to add a sentence to the report declaring that the school’s math curriculum “fell seriously short.”

In June 2009, MDE sent a letter to the school demanding a series of corrective actions be completed by the following Sept. 1. BlueSky did not reply.

The school’s current leaders maintain that the audit did spark a shakeup — but one that was much broader than what MDE asked for. After concluding that the school was not being well managed, a new board brought in a new director, Don Hainlen, who had long experience as a superintendent in several districts.

He undertook a wholesale reorganization. The following January, while it was under way, MDE received new complaints, again from unidentified callers. BlueSky administrators suspect that in both instances the complaints were lodged by two staffers who they say were unhappy with the old, ousted director.

(An ironic aside: Last week, the day before Krause issued his opinion the school agreed to pay some $200,000 to the former employees who both sides agreed were terminated for “financial reasons.”)

In March 2010, MDE ordered a second audit of the school. This time, it found that transcripts of several recent graduates and students on track to graduate were missing partial credits and raised some concerns about social studies classes. BlueSky responded with documentation countering the assertions.

For the next few months, department and school went back and forth and got nowhere. In August 2010, BlueSky spent $700,000 on an online curriculum package from a private company recommended by MDE. Some 34 other Minnesota school districts use the curriculum, which aligns with state standards.

According to the record produced by Krause, during the next few months MDE repeatedly demanded documentation from the school to prove it had addressed its concerns, followed by complaints that the documentation was insufficient.

In many of its communications, MDE did not spell out why BlueSky’s materials failed to measure up. Nor did the department take the school up on its offer to allow them full access to all of its course materials. Instead, staff asked repeatedly for sample lesson plans.

Because the state law governing what happens when MDE decides to terminate a school’s charter seems to call for a public hearing, the school asked the state Court of Appeals to intervene. After some back and forth, the department agreed to submit the matter to a neutral finder of fact: Krause.

(Twice before, in cases involving allegations of financial mismanagement, MDE and charter school operators had appeared before judges at the Office of Administrative Hearings. In both cases, the department failed to prove its allegations.)

A hearing scheduled for late June was postponed because of the state government shutdown until September. At the three-day hearing, according to the eventual opinion, MDE sought to limit the record to the documentation it had solicited from the school, which showed up with the results of outside investigations it commissioned.

He also pointedly noted twice that MDE officials testified that if the violations had been major, “the department would not wait for eight months to check on it.”

Going forward, Krause recommended that the state needed to balance prioritizing local control, a guiding principle in Minnesota’s education policy, with the specificity that would head off tug-of-war contests such as the one that played out before him. Specifically, if MDE wants to hold schools to particular benchmarks, it must spell them out, the judge said.

This portion of the opinion puts Minnesota’s charter school community in a pickle. On the one hand, clear benchmarks would make it possible for suspect schools to demonstrate compliance. On the other, the very justification for charters is innovation, which won’t occur in such a prescriptive environment. (There are, for instance, more than 400 social-studies benchmarks.)

Krause also noted that the department lacks a review process and guidelines for how to decide that a charter merits termination.

As for BlueSky, it remains to be seen whether vindication means victory. If the state goes ahead with the termination of its charter, the school will go back to the court of appeals.

If Krause’s recommendations become a ruling, BlueSky still has some tough times to live through. Partly because of the cost of fighting the case and partly because the loss of half its student body over uncertainty cost it half its state tuition, it’s running a $1 million deficit.

Staff has dwindled, too — partly because the budget crunch dictated layoffs and partly because like students, many teachers decided they had no choice but to take a job with a school that is guaranteed to stay in business.

Because Krause’s opinion received scant news coverage compared to MDE’s proclamations about closing the school, administrators also wonder whether they will ever clear BlueSky’s name, or whether they should change it.

The final irony involves a decision two weeks ago by District 197, which serves West St. Paul, Mendota Heights and Eagan, among other communities, and which has wanted to launch an online high school, not to absorb BlueSky specifically because it was unprepared to take on the state.

Before its board voted to go it alone, the district applied to the state for permission to be an online provider and was approved in just four days. The materials it supplied concerning its overall approach and curriculum were based on BlueSky’s, given the contemplated merger.

“There is no one,” said Dan Ondich, the school’s curriculum coordinator, “I don’t care what district, who gets up in the morning and says, ‘Let’s go pick a fight with MDE.'”